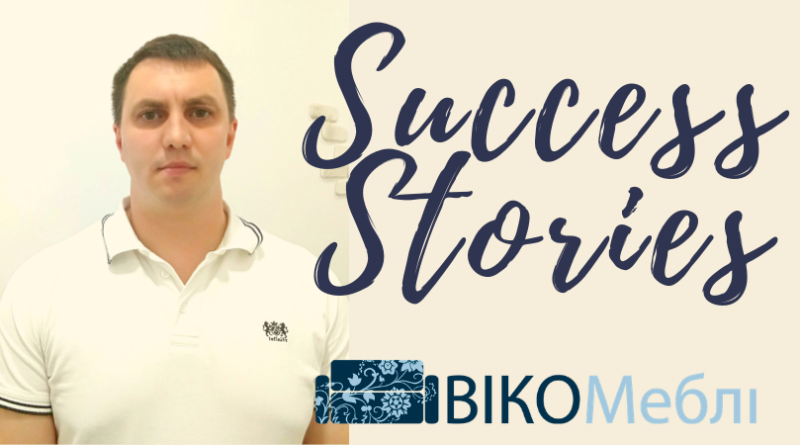 Can’t rely only on luck
Must be, real success are those cases when the furniture company is not looking for the first export routes for its products, and foreign importers themselves find and offer profitable contracts. Among these lucky ones, we also saw the Vico Mebel company in Cherkasy. However, this is what Deputy Director Andrei Bezverhy told about her export history.
– It’s not that we didn’t make any effort to export our products. First, they learned how to make furniture such that they could claim that not only Ukrainian buyers would be interested in them. Secondly, they participated in Kiev exhibitions with the aim of expanding the sales channels of their products. Therefore, apparently, it was not such an accident that our first foreign trade client contacted us precisely after one of the industry exhibitions. And the trading company was from Romania. It did not become, through certain price differences, our regular partner, but it enriched us with first export experience. The following client – from Lithuania – was recommended to us by colleagues, they produce cabinet furniture. Unfortunately, the second attempt did not turn into permanent cooperation: this time the trading company went bankrupt.
Of course, even without that, it was obvious that it was not a matter of passively waiting for an export character, for the fact that who needed it, he would find us. They took it upon themselves to search for foreign buyers. Of course, first of all in those areas that were already familiar – in Romania and the Baltic States. And not without success: for almost three years we have been selling furniture to a Romanian company, which itself has a trading network and sells our furniture, and also sells them to other merchants, having logistic centers. We now have two years of continuous work with Latvia, about two years of close cooperation with Jysk in Ukraine and access to their markets in Denmark, Poland, Bulgaria and Sweden this year.
– Did you offer them the whole range of your products or only the quality of individual models?
– Of course, they offered everything that we have, but they chose what could be sold in them, and finally decided on those models that really began to be sold. It is somewhere around eight names.
– And yet the Baltic export vector turned out to be the most productive, so to speak, for you …
– Baltic-Scandinavian, I would say so. Because one of our Baltic partners is trading in Finland. Moreover, they have just signed a contract for the supply of furniture to Norway, for a local chain of stores. At the stage of negotiations with the Belgian trading company. Present furniture is our trademark in both Sweden and Denmark. But not only to the north, the company exports furniture – Bulgaria, Poland are also in the list of our importers. Virtually all of these clients are already the result of our stubborn searches, the time of long contacts (electronic, during meetings, demonstration of samples) before they ended with the signing of contracts.
– Do you have the same models bought by Romanians and Norwegians or do they have different tastes and preferences?
– Regarding quality, it is still demanding. As for the design, the preferences of the Scandinavian countries differ markedly. That is why a separate model line was created for them.
How was it created? Firstly, potential Scandinavian customers said that they were not satisfied with what we had and offered them. Their counter offer was: so we tried to do what they needed for them. We agreed, but they also came to us to the production to make sure that, in principle, we are capable of what they expect from our production. Estimated what equipment we have, what quality of woodworking we provide.
– They offered you their own design designs?
– No, our development. The only thing is that they focused us on certain samples of finished furniture: they say, we need something of the same type.
– Few of the newbie exporters circumvent organizational difficulties, including customs. Sometimes logistic.
– Everything that you do for the first time is usually not easy. This also applies to the development of customs procedures. Especially, if you take on everything yourself. Now we resort to the services of a broker. Probably, if from the very beginning all of the customs efforts were put on the broker, it would be easier, but on the other hand, your own experience will never be superfluous. Even in terms of relationships with the broker.
There were practically no problems with transportation. Is that first in seasonal peaks, when transport snapped up. To prevent this from happening, you need not to depend on one logistics company, and there is several mother in partners. We quickly understood this, and now with the transportation of furniture abroad we do not have any difficulties.
– I will not pass by you and the question of export prospects. I know your colleagues and Associations who have identified the markets of the Arab world as promising for themselves, Central Asian. You are not looking in those directions?

– So far – no, but we are developing every year. We now have enough of those named foreign markets in which our furniture is already present and will be present in the near future – our production facilities should be correlated with our export ambitions.

The heading “Success Stories” was founded in the framework of a grant project with the support of the Swiss Cooperation Office in Ukraine, the project name: “Increasing the level of cooperation and trust with joint participation in international and national government procurement” – TENDER TOGETHER.