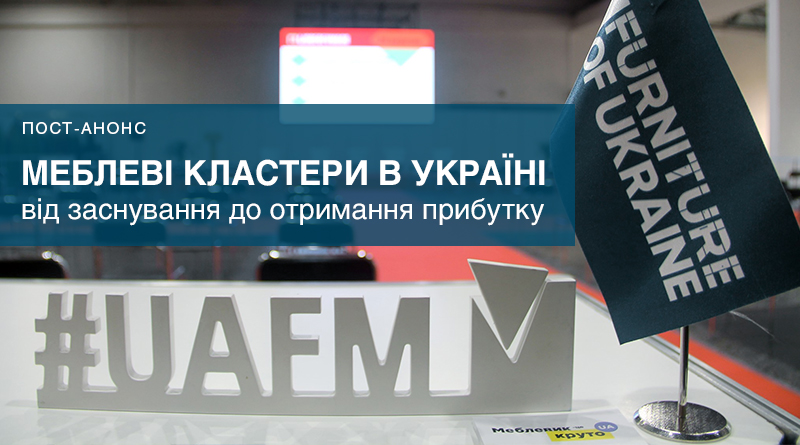 Nutrition of furniture clusters is of no particular relevance for our industry, which will be timed to coincide with a number of visits. One of them is the conference “Furniture clusters in Ukraine: from the establishment to the profit”, which was seen on the day of the opening of the “Lisderevmash” exhibition for the reception of the Kyiv regional state administration. Well, not without the participation of the Ukrainian Association of Furniture Manufacturers, which is deeply involved in the clustering process and, before the speech, became the organizer of this conference. 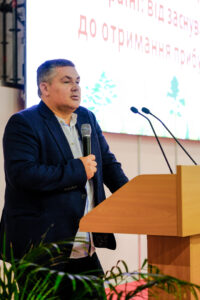 Of course, without state support for this case, it is doomed to remain a good intention. It is encouraging that the first Ukrainian scale furniture cluster on which we have repeatedly been informed, received such support – especially from the government of the metropolitan area, as a cluster, created in Kyiv region – part of a massive cluster, created under the auspices of «Kronospan». Organizers of the conference, which it certainly could not ignore the fact that fully fits into the agenda of the conference, so in its program provided the representative of the Kyiv regional state administration, which justified the decision of the regional administration to participate in a cluster design furniture-makers and informed that at a time project create furniture cluster Kyiv region of the strategic session with a wide range of specialized business and related industries and associations, education, science and public organizations for organizational design cluster, creating its governing body.

“Following the results of the strategic session, it will become clear where and how the cluster will develop. We plan to complete its organizational design this year, and next year we will start building its infrastructure, ”, summed up Vladislav Lytvyn, Deputy Director of the Department of Economic Development and Trade of the Kyiv Regional State Administration. 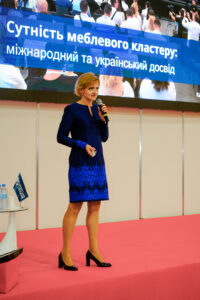 Ukraine, but also makes practical efforts to ensure that this process does not bypass the furniture industry. Oksana Donska, a member of the UAFM board, spoke about this in her speech. In particular, she noted that in the furniture industry, clustering has become a logical continuation of a large number of joint business projects implemented by member companies of the Association and which have created the preconditions for a higher level of cooperation, which are industry and intersectoral clusters. Of course, the international experience in this matter is much greater, the speaker said, and it is a reference point, but we can already talk about certain Ukrainian developments. According to Oksana Donska, the Ukrainian Association of Furniture Manufacturers is in fact a cluster in terms of the level and depth of its unifying mission and its practical results, and a number of specific synergetic examples have argued this conclusion.   And UAM started as a co-founder of the exhibition « Furniture of Ukraine business expo», which will be the first Ukrainian buyer’s furniture exhibition – also a great example cluster project.

Oksana informed the conference participants that cluster projects being created in the Rivne region are also supported by local authorities. If the Kyiv cluster is intended for a  logistics hub, the Rivne – production. Organizationally, they are significantly ahead of   Kyiv: in particular, a strategic session was held there in the first half of the year and now their creation is already in practice. 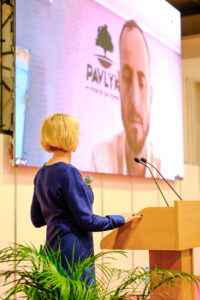 Those examples of cooperation of member companies of the Association for the implementation of joint business projects, which are numerous in the industry and which, as already mentioned, can be the basis for the creation of large-scale clusters, can be considered informal furniture clusters. The Transcarpathian company “Pavlyk” has many years of experience in such cooperation with colleagues, said its owner Joseph Pavlyk.

The central and dominant participant in the first large-scale Ukrainian furniture cluster is Kronospan. Its CEO Pavlol Pyltyay was one of the speakers at the conference. 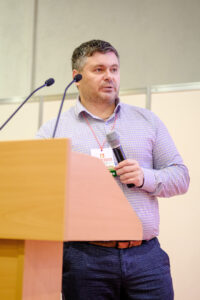 countries and therefore experience in project clustering, long common in Europe. Thus, the Ukrainian representative office of the concern did not have to agitate for the creation of a cluster with its participation in Ukraine. Moreover, it became its basis. And just because the Ukrainian company « Kronospan » can draw on a rich cluster experience of the group and its other resources, have confidence in the successful implementation and Ukrainian project and in its future performance. A place has already been found in Novovolynsk for the location of the local cluster and the creation of its infrastructure has begun. And they located in Rivne. It is planned that the Novovolynsk cluster will start working next year, and the Rivne cluster – in a year. Kyiv probably has more distant prospects.

Paul specified the benefits that companies will have – and furniture, and supply, and logistics – which will be members of the cluster, and said that the organizers are waiting for new applications to participate in this industry business entity, which will be able not only to guard interests. its participants, but also to have a general impact on the economy of the regions where they will operate. 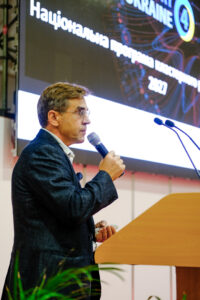 Clustering, which is the experience of developed countries is a modern engine of the national economy finally becomes imperative and for the economy of Ukraine, as evidenced by the Project National program we cluster development until 2027, which the participants introduced Alexander Yurchak, Director General of the Association of enterprises of industrial automation Ukraine. It is currently being discussed, after which the document will be submitted to the government by a working group.

Content developed program contains items intended to make clusters of real and effective tools for the development of regions, in order to centralize and accelerate cluster on movement in the country to speed up the development of clusters in conditions of weak state support for this movement.

In fact, the distance from the creation of full-fledged furniture clusters to the real return from them in Ukraine is still long, but it is overcome step by step, and the conference organized and held by UAM within the Lisderevmash exhibition is one such step.

Watch the video recording of the conference (in Ukr)