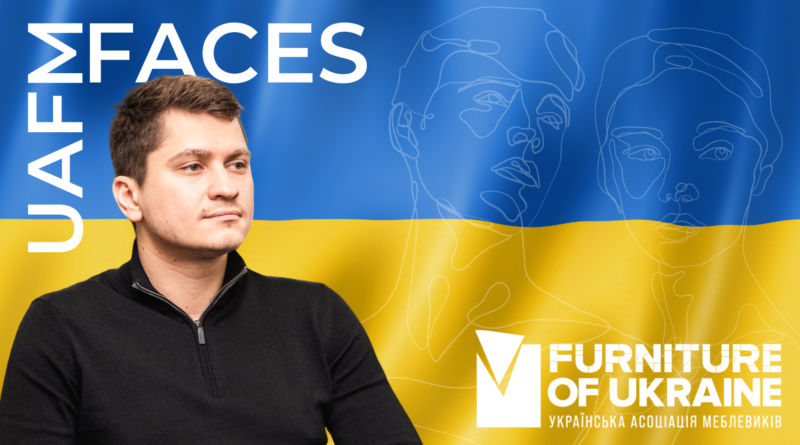 – It all started back in 1998. Perestroika, default, and total shortages forced many to postpone their university degrees and start businesses. Often not by profession. The Kyiv Chernyshov family, Vitaliy and Valentyna, is no exception. Parents of Dmytro Chernyshov, who is currently continuing their furniture business.

The main activity of the family company was chosen furniture production in the office furniture sector. Diligent work and consistent decision-making have contributed to the dynamic growth of the company. Several ministries, banks, and other government agencies were contracted very quickly. In two years, the staff has grown from three people and a production plant of 40 square meters. m to a staff of 60 people and a strong, well-equipped furniture production machines.

Dmitry went to work in a family company from the first year of university, optionally starting a furniture business with an apprentice. Dynamically mastering it, he quickly grew to the head of the middle level.

– I worked several hours a day because I came to the factory after university couples. After some working time, I clearly formed a vision of where the company should go and at what expense. I have chosen the development of retail trade as my task and area of responsibility. The first important step was to open branded salons. For a twenty-one-year-old boy, this was quite a powerful test of my entrepreneurial and managerial abilities, because I was entrusted with full material and financial responsibility for the sale of products. Moreover, in case of failure, by agreement, I had to reimburse all losses. But such annoyances were not expected.

Branded salons gave a new impetus to the work and began to gradually change the requirements for the main product. If before the opening of salons individual projects accounted for no more than 20 % of the total volume of products produced by the factory, then in a year the situation has changed dramatically. The company has already begun to establish itself as a reliable contractor for the complex furnishing of commercial and residential premises. Dmytro thus proved that he has sufficient managerial knowledge and skills, and enough experience to be the sole head of ARBO at the age of 23.

– Can your company be considered one of the export-oriented ones, of which there are many in our Association and for which it is a significant image plus?

– We are still focused on the domestic market. Of course, there is export experience, but it cannot be called systematic. In any case, entering foreign markets is not just an image achievement, it is a very important step on the path to development, and we will definitely do it in the near future.

– Are there any definite stylistic trends behind the projects that have been implemented recently?

– It is difficult to say unequivocally. No style is completely dominant in modern furniture. One thing I will say for sure and I do not think I will reveal a secret to anyone: the classic style has lost long-term leadership, but we must understand that it will never lose relevance. Of course, my hometown of Kyiv, and other modern Ukrainian cities that shape the geography of our facilities, live in strong dynamics and rhythm, being aware of the world’s best furniture and interior trends in general. People began to travel more around the world, which is the key to increasing their cultural level, and understanding of aesthetic priorities. The level of interior solutions in Ukraine has grown significantly in recent years, and it is gratifying to realize that this has become possible due to the professional growth of furniture companies such as ours. To do this, it is very important to gather a team, each member of which would be aware of the smallest detail of the importance of details in our business – from designer to installer, from manager to driver. I am lucky to have a team in which everyone does their job in good faith and reliably, and I am really proud of that.

We recorded this interview with Dmytro before the war. And recently we talked to him again to find out how the company and he are experiencing the horrors of war.

Kyiv was quickly surrounded by Russian troops, so on February 24, many industrial enterprises in the capital were shut down and effectively blocked by the enemy. From the first day of the war, Dmytro joined the capital’s territorial defence. In the midst of hostilities in March, the company’s production base came under rocket fire, but fortunately, the building was slightly damaged. However, a decision was made to immediately evacuate the equipment to the west of the country, which was done without delay. But as soon as the enemy was driven out of the capital, Dmitry decided to immediately resume the factory at its usual address. The machines returned to their native shops, and in mid-April, they were filled with working noise again. Currently, production is working in a regular format, but the volume of production has decreased.

With all the workload of the head of the company, Dmitry also finds time for volunteer work.