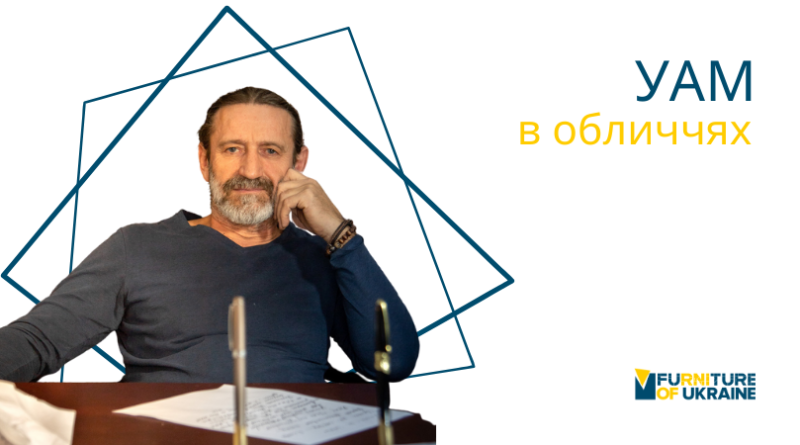 Focus on the “bag of money”

The Askalon furniture factory (its name is one of the spellings of the ancient Mediterranean city of Ashkelon, which still flourishes in Israel today) does not, of course, date back to antiquity, nor is it directly related to present-day Israel. Three of its “founding parents”, as one of them, Anatoliy Korzh, who is its current leader, said, have long chosen a name for their furniture product. Somehow they came across Askalon, which – whether in Canaanite or Phoenician – meant “bag of money”, and decided to dwell on this name. Given its motivational essence: a bag of money is a symbol of success, prosperity, stability.

However, the path to this has been long and difficult, since the formation of the company. First of all, because the founders had a modest start-up capital: they did not take loans, they decided to do without their own financial assets. So they developed slowly. But confidently, ambitiously, undertaking the production of premium-class upholstered furniture. But later they gave way to other – newly created companies, which immediately declared themselves strong, having the potential, especially financial, with which to measure “Askalon”, which has not yet earned a bag of money, was not able.

– We started looking for a promising niche in the furniture market for our capabilities, – continues the historical excursion Anatoly Korzh. – And they found that some kitchen furniture – sofas, soft corners could make better than those on the market. Even the Polish ones were of low quality. They were made mostly of the same type, made of chipboard, hidden by cheap textiles, and we had experience working with solid wood, high-quality upholstery fabrics, solid foam, had the necessary equipment, knew the best technology. It was also possible to undertake the production of tables and chairs, furniture for offices, which we did.

The decision was the right one, and Askalon immediately added in growth. She became an annual participant of KIFF exhibitions, established a dealer sales network. But the 2,000 years have been both successful and not without new strength tests: the crisis of 2008 and the loss of exports to Russia and Kazakhstan in 2014. But the potential of the company, its position in the domestic furniture market at that time was already such that this time it did not go the distance.

– Since Askalon changed its specialization, has the market for upholstered kitchen furniture changed significantly?

– What we proposed – to produce such kitchen furniture from the massif – did not gain priority. There are two or three more companies similar to ours, and most of them also use chipboard for soft kitchen cabinets. There can be no claims to them: such furniture, due to its cheapness, is in demand in our market, so it must be satisfied.

We have our own competitive advantage: the presence of models that take into account almost all possible options for kitchens. Suitable for the smallest kitchens, which take into account the protrusions of window sills, placement of heating batteries, and more.

Our company is small but absolutely self-sufficient: we provide all technological chain of furniture production, in particular, and covering of table-tops with plastics, and production of bent furniture details.

– What types of natural wood do you mostly work with?

– There are two of them – alder and ash. Preference is given to our customers. Who wants to have ash furniture, pays more. More than two dozen options for wood tinting allow us to additionally furnish the customer’s kitchen with seating items or a table to match the furniture he already has in the kitchen.

– Every furniture manufacturer considers it an image factor of their company, prestigious to have their own showroom. Especially in the capital. You, on the contrary – had, but abandoned it…

– Image is good and important, but economic feasibility is more important for us. And it was not, because the choice of a potential client was limited in the Kyiv showroom only to the proposals of our company, and he seeks to have a wider. Which is in specialized shopping centers such as “Araks”, “Diamond”, in which you can now find our products. However, we were not left without a showroom at all, we have it at the location of the factory – in the suburban Gorenichi.