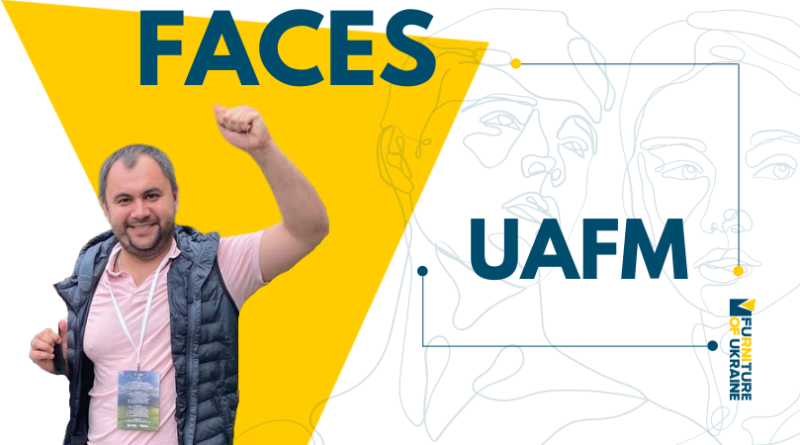 As furniture from the accompanying became the main business

Oleksandr Mydlovets came to the furniture industry from an unexpected side – through the hostel.

Yesterday’s student of the “polytechnic”, well aware of the dormitory rules (he was the chairman of the dormitory council), decided to start his own business in arranging a modest shelter in the capital for the same as himself – who needs a temporary roof over his head for a modest fee. An electrical engineer who started working not in his speciality, life once again turned sharply – in the direction of furniture production. He was forced to work with wood: to furnish his “rooms” (and at first an apartment was rented) with purchased beds and bedside items turned out to be beyond the reach of a novice entrepreneur and he decided to make them himself. It worked. So why not offer it to other hostels as well? And this attempt was successful. So competitors in the “sleeping business” have become customers in the field of furniture.

The so-called furniture fell on Oleksandr’s soul, so successfully and profitably “built up muscles” that in a few years the provision of sleeping services in the company “M.A.K.A.R” pushed to the background, becoming the main business of Midlovets. Then a new brand “Cubus” appeared in the furniture industry of the country, and this year in UAFM.

Starter models were later improved – both constructively and in design. Particleboard and metal were used in the furniture of the new line. The client base has been replenished with recreation centres, Epicenter has started selling Cubus beds.

– We have serial production, under the order. But we do not accept wholesale orders, piece orders. We work in the economy segment, but we are constantly improving, following the trends in the hostel service, which, actively growing, is becoming more demanding in terms of comfort of temporary accommodation services. If earlier, when I created my first hostel, they were primitive dormitories in rented three-room apartments, furnished with bunk beds, in modern comfortable beds – even bunk beds – with orthopaedic mattresses and other amenities.

The company “M.A.K.A.R” with an office in the capital manages production remotely. It now has two divisions, which are quite distant from each other. The shop in Malyn works with wood materials, another (he also works with metal) – in Rivne, where Alexander comes from.

The furniture produced by M.A.K.A.R cannot be called examples of furniture art. They are simple in everything. In fact, according to Alexander, this was his original intention: to make furniture traditional, simple, but strong, reliable and in this sense high quality. And cheap. Design for them is a conditional concept. Although, if we talk about metal beds, the presence of design in them is still noticeable. But already, especially after the company’s participation in the Bayer exhibition “FUBE-2021”, it became obvious that it is impossible to keep the design in “stepsons” if you apply for modern furniture. So there is a firm intention to create the following models with the participation of a professional designer. It is possible that they will be in export demand for the company, which took part in the furniture exhibition for the first time, as buyers from Moldova, Bulgaria and a number of other countries became interested in the company’s capabilities and products.

For a long time, the company specialized in the production of bunk wooden beds, now it has expanded not only the range of beds (now its double models for the home are in demand) but also produces bedside tables, hallways, hangers. Moreover, it has expanded the range of furniture for other purposes – office, children’s. A completely new direction is outdoor furniture for outdoor summer areas, including discos.

– You said that you constantly monitor hostel trends that come from abroad to focus on your furniture. So what is the trend here today? Where will the production of furniture for hostel needs move?

– Just a month ago, the company “M.A.K.A.R” became one hundred percent furniture. The hostel business, ie the provision of temporary accommodation services, has been suspended. But, as we will continue to produce furniture for this sphere of services, we remain in the hostel theme. Hostels of the so-called capsule type are now becoming widespread, which offer residents the most isolated from other residents of this institution individual space, which contributes to better quality recreation. This capsule space is created around the bed. It is individually lit and ventilated. In Ukraine, we are just looking at such an innovation, but it is already clear how to reorganize hostels and what will be needed, including for beds.