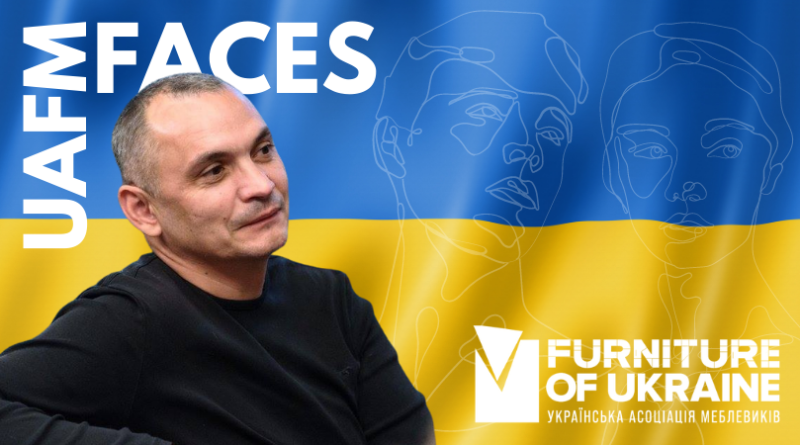 To Europe – pallets, from Europe – “humanitarian”

Now woodworkers, and therefore furniture makers, members of the Ukrainian Association of Furniture Manufacturers, who have the opportunity to continue production in the face of Russian aggression, voluntarily, ie socially responsibly, also take on volunteer work. This story will be about one of such companies.

The leading one – “Koshun Pallets” – is a certified manufacturer of EPAL-pallets and is licensed to repair pallets in accordance with the standards of the European Pallet Association. Much of its products have been exported and continue to be exported to EU countries. In fact, today, according to Myroslav Koshun, foreign markets remain the only opportunity to sell pallets, because Ukrainian customers, being in the war zone, have virtually ceased to function.

– The fact, – says Mr Myroslav, – that we were able to work in the conditions of war without a single day of downtime and regularly supply products to foreign customers is a consequence of the fact that we are prepared in advance for possible emergencies. Anticipated possible risks, the main of which is the operation in wartime. They drew up a risk map and prepared for the year until it was necessary to use it. Considerable attention was paid to logistics – ensuring the export delivery of pallets. To this end, schemes and mechanisms for transmodal (ie not only road) transportation have been developed, which have not become as widespread in Ukraine as in Europe. Since the beginning of the war, when the mobilization and other outflows of drivers began, we have been involved in the planned transition to a transmodal scheme of export deliveries of our products, ie we have resorted to rail transportation through the EU. In particular, logistics routes to the cities of Germany and Italy are next in line in the logistics centres in Vienna and Košice, Slovakia.

– Has the foreign client network not narrowed? Did nobody refuse to buy Transcarpathian pallets?

– Our old and proven customers did not shy away from possible risks, but some of the new ones took a break: they are afraid to transfer money to us to order products. However, it must be admitted that in the first days of the war others took a week off, but quickly realized that we are able to fulfil our contractual obligations in this situation, so we resumed cooperation with us on the basis of mutual trust with them. Only for a couple of days, we had a minor logistical failure – precisely because of the unreliability in the current conditions of road transport. There was not delivered by some trucks was loaded into wagons, and delivery resumed.

– Apparently, the mobilization and other outflows of personnel apply not only to drivers but also to other categories of workers?

– So. Because of this, one of our shifts “fell out” of the production cycle, but we quickly managed to replenish the staff, and again the production works in two shifts.

– Theoretically – yes. And in practice, there may be difficulties – due to the professional mismatch of applicants to our needs, their stress, mental differences. However, time will tell…

– Now tell us what you can and do as a volunteer company.

– We use our transport capabilities to deliver humanitarian goods from EU countries, as well as to move them within the western regions of Ukraine. In fact, we have thus taken over the functions of the new post office, using new transmodal transportation of goods for Ukraine – both our own and humanitarian.

On the first day of the war, they took care of the safety of their families, and on the second day they began to study the routes and functioning of humanitarian flows, the order of customs clearance of charitable goods, and without delay got involved in this important cause.

And another important consideration. The so-called “silk transport route” that runs through Transcarpathia has now been vacated due to the lack of Russian transit. And Ukraine must use this to become an important transport artery between the continents.

– And what message would you like to address to colleagues at UAFM and representatives of Ukrainian business in general?

– It is no longer possible to work as you did a month ago. We need to restructure our business models to the needs of martial law, combining our business interests, security measures and social responsibility to the country and the people.

To Europe – pallets, from Europe – “humanitarian” Now woodworkers, and therefore furniture makers, members of the Ukrainian Association of

UAFM in the faces: how to work in a state of war. Oleksandr Gotska, Director of Volyn Furniture Company – Ukraine LLC, tells