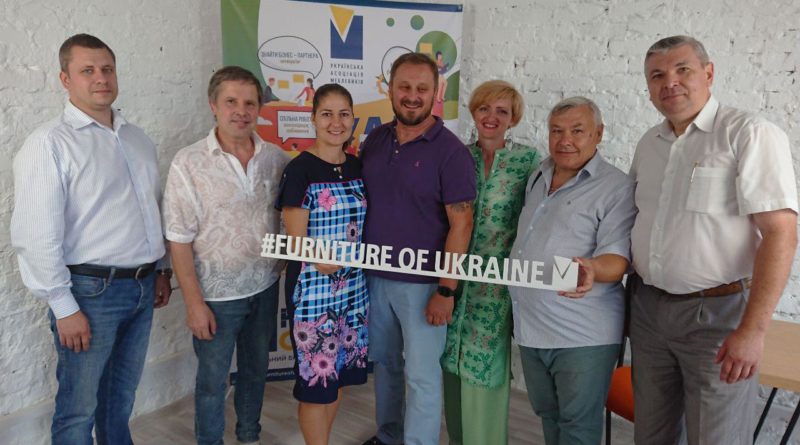 On September 3, the webinar “Wood in Ukraine: Today, Tomorrow and 5 Years Later” was held. You can view the recording at the link: http://bit.ly/WebinarwWoodUAFM
Afterword to the event:
The theme of forest, forest resources, its harvesting and use due to the fact that in recent years is excessively politicized, is becoming the subject of periodic discussions not only among those who are directly related to it. However, the webinar on the topic “Wood in Ukraine: Today, Tomorrow and 5 Years Later”, which will be discussed, was organized and was intended just by those and for those who, so to speak, to one degree or another in the subject. The initiator and organizer with the assistance of the Ukrainian Association of Furniture Manufacturers was MebelOK company and specifically its co-owner Oksana Donskaya, who brought to the attention of the webinar the topics of reputable speakers who tried to answer questions important to furniture makers and woodworkers:
– enough wood and timber in Ukraine;
– Why does its deficit periodically arise?
The first to get in touch with Lviv was the editor of the newspaper “Derevoobrobnik” and the chairman of the Public Council at the State Agency for Forest Resources Vasily Masiuk, who began his presentation with a small “educational program”, because often those who raise the topic of forest and timber without being experts in this field confuse it or resort to conscious manipulation because of an elementary ignorance of terminology. The concepts “forest” and “wood” and “deforestation” and “logging” are most often confused. And then he took up the destruction of myths about the forest and its use widespread in Ukraine. In particular, the fact that in Ukraine forests are destroyed by excessive logging and illegal sale of timber abroad, therefore, these processes need to be limited. In fact, deforestation (deforestation) does not occur in Ukraine at all. Vasily Masiuk called on foresters, furniture makers, and other woodworkers to come forward as a united front for changing mythologized thoughts about wood and timber in society. Until myths and misconceptions are dispelled, furniture makers and woodworkers continue to suffer from a lack of domestic wood resources.
His next message to furniture makers and wood cutters who are concerned about how the domestic forest can provide them with the required amount of wood is as follows: Ukraine can increase timber harvesting by at least two times – up to 40,000,000 cubic meters without harming the environment. It is only necessary to get rid of two main obstacles for this: the abolition of the populist law, which limits the harvesting of domestic timber of 25 million cubic meters, and a false idea of ​​the essence and principles of forestry. It was the ban on the export of unprocessed wood, and then firewood, which led to a decrease in its harvesting volumes, and then its insufficiency in the domestic market and an increase in the cost of its harvesting.
The next speaker of the webinar Pavel Kravets, director of the FSC (international organization for sustainable, responsible forestry) in Ukraine, once again explained the purpose of the FSC and the benefits to foresters and woodworkers (primarily exporters) from having an FSC certificate. I must admit that FSC certification, which is primarily evidence of involvement in the civilized, at the level of modern world requirements for forestry and forest management, has not yet acquired in Ukraine the scale that is characteristic of European countries. First of all (which is logical) it is acquired by forestry enterprises (already 40 percent of Ukrainian forests have FSC certificates), furniture makers and woodworkers who have found it necessary to have the FSC mark on their products are much less.

Leonid Spivakov, participating in the webinar, represented consumers of wood raw materials, being a co-founder of the family-friendly furniture and furniture company. He confirmed that his company really has problems with providing natural wood. Especially valuable breeds. Sometimes you need to spend a lot of time to find in Kiev that species of wood and the quality that is necessary to carry out a specific furniture project on order. Leonid believes that in Ukraine, in particular in Kiev, there is a lack of a large timber trading operator that would accumulate such volumes and such a pedigree range of high-quality commercial wood so that every furniture maker could always purchase from him without problems, everything what he needs, in the right amount and quality. A useful database would be to systematize all wood sellers and their real offers and prices. As the head of the Design Platform at the Ukrainian Association of Furniture Manufacturers, Leonid announced that he was preparing a joint pilot project with colleagues regarding the particular pleasure of the wood-drying needs of furniture-processing companies.
Alexander Opanasyuk, Director of Pavlovnia Group, was invited to participate in the webinar as a representative of an alternative approach to growing and harvesting wood. The company “Paulownia Group” is alternative in relation to state forestry, because in private it grows exclusively paulownia, the “non-Ukrainian tree” on its sites, but which grows productively on our lands, in our climate. It is very profitable both for growing, because it grows very quickly (takes ripeness in five years), after sawing it throws out another shoot from the root, so it does not need new plantings, and for application: being 30 percent lighter from pine, not inferior to its characteristics in the fortress.
In general, the webinar should be optimistic for Ukrainian furniture makers: domestic wood will be enough for them in five years.