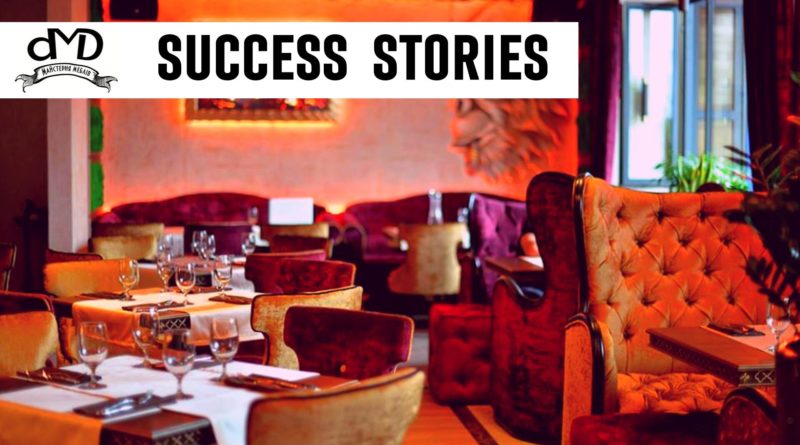 The first overseas delivery will be to Spain

Exporters who are preparing for the first of their foreign deliveries are in special condition. Here everything is together and at the same time: excitement (will everything be as planned, the first time?), And the tension of the last preparations, and the impatience of waiting for the first result, customer reviews and the desire to gain a foothold in the export “bridgehead”, which took the first step. It is in such an elevated and at the same time business-like concentrated state that Sergey Dumansky, owner and director of the DMD изготовление мебели, and the whole team, which is preparing to send the first batch of its products to Spanish customers.
Those who first faced the need to master and settle all customs procedures understand how difficult it is for beginners. Knowing that usually and in such needs our Association comes to the rescue, Sergey took this opportunity, but … to no avail. “There are no complaints about UAFM,” the head of DMD hastens to assure, “the directorate responded immediately and gave the person contacts, which should help the UAFM member company in a practical sense. But the person stubbornly did not make contact, so I had to seek help from others. ”
And DMD can be said to be lucky. Supporting for them were their former customers. The company for which DMD carried out an order according to its profile of activity undertook to help it in accordance with its profile of activity – cargo transportation. She has vast experience in delivering goods to all parts of the world, and therefore they have proved useful in this, and in relations with customs.
So what is the green light for DMD in the Spanish direction now? And one more check remains, my interlocutor admits. It is necessary to finally agree on the price with the customer, taking into account the cost of delivery of everything that has been frozen and made by the Ukrainian manufacturer …
Here it is just right to return to the origins of the Spanish export project, at the end of which all the attention of Sergey Dumansky is now concentrated.
DMD received a Spanish order in a way that can be called good luck. By the way, we recently talked about another exporter who also smiled on luck. It lies in the fact that foreign designers are found for Ukrainian furniture makers by Ukrainian designers or architects who carry out foreign projects. DMD thanks to the designer with whom she collaborated here in Ukraine. Now she is in Spain, completed several projects there and took root there. For the implementation of the next project, she advised the client to take advantage of the furniture and furniture ability of the Ukrainian furniture company, the capabilities of which she knows well. Now cooperation is being “pecked” in the same place in Spain by another designer according to a similar “scenario”. Realizing that the prospect of increasing the number of customers in this country, who are usually not too wayward, DMD decided to take more active steps in this direction. Moreover, there were, so to speak, fellow travelers. The project, in which DMD participates, involved two more Ukrainian companies – parquet and a supplier of paints and varnishes. There was an opportunity to go to Spain not only to settle some of the mentioned price points as a real client, but also to present themselves and their products as potential. To do this, DMD prepares appropriate handouts, price lists and the like. Moreover, together with the “fellow travelers” the idea is being created to create a joint triumvirate representation in Spain. Perhaps in the shape of a small shop.
Talking about the fact that it’s generally convenient to deal with Spanish customers because of their complaisance and rigidity to the smallest detail, Sergey Dumansky said that for them the most attractive thing about Ukrainian furniture is that they are no worse than Italian, but three times cheaper. Cheaper is cheaper, but if the Ukrainian company takes all the logistic and customs costs completely, it will already be at a disadvantage. These points still need to be agreed upon, finding options that would satisfy the offensive side. There would be large volumes of foreign deliveries (in the future they might be – at least we wish Sergey and his team), the question would probably not be an acute one, but the initial volumes are rather modest and this makes logistical overheads.
We wish the beginner exporter to successfully take the first steps in the foreign market, find the right and profitable solutions to all the problematic issues that arise, and with pleasure turn over the first page of his export history, it’s just being added.