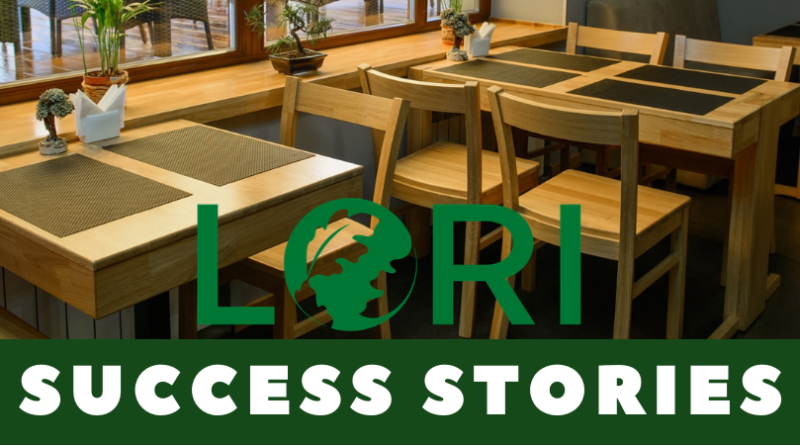 You can “burn yourself”
Sometimes aspiration – and why hide? – the temptation to become an exporter forces furniture makers to reorient their production to products that are time-consuming and were not planned. The export history of the LORI furniture factory has just begun.
“The client, a German,“ turned up ”by chance,” recalls Alexander Zeleny, the company’s director, “who offered to learn that furniture makers made chairs for sale in Germany. Of course, we agreed without hesitation – once the export itself “floats into our hands.” And only then, when a surge of euphoria subsided, we began to think how to make an export model if the chairs were never produced. Furniture makers know that the chair is actually It’s perhaps the most difficult furniture item in the technological sense, and here it was not only necessary to learn how to make chairs in principle, but also so that not only the customer liked the prime model, but also met all European standards. We went to study in Chernivtsi, in Russkaya Polyana in Cherkasy companies, authorities in this difficult furniture business.
For quite a long time – about three months – they were preparing the first foreign delivery, the first truck because they studied the production of chairs, and mastered the customs and logistics “wisdom”. Of course, in general, they studied not from scratch, because they were already woodworkers with the experience of both furniture makers and joiners.
And another nuance: the proposal of the German customer was at that time so desirable for us that they agreed to all its conditions. Not entirely beneficial to us. If they were offered now, they would definitely refuse.
– What would not suit you now from what was then offered by the first foreign client?
– He demanded in an ultimatum form of exclusivity, so that we would not sell such chairs to anyone else. When the 2008 crisis hit Europe, the “German” began to “press” us again – it lowered the purchase price. And then he completely stopped making an order: they say, sales fell. We were shocked by such a non-partnering act, because under the chairs, under his needs, we reoriented the entire production. Checked ups and downs of the carpentry and that critical period for “LORI” time helped out.
However, when the “German” again became profitable to buy Poltava chairs, we forgot about his non-partner behavior, forgave and began a new stage of cooperation. They also delivered tables.
– One can only be surprised at your endurance …
– If you approach formally, then the German side did not violate the deal, because it said: if there is no sale of chairs, the client will stop ordering the next lot, and this will not be a violation of the agreement. Another thing is that we are on such – again disadvantageous from the point of view of today – conditions agreed.
– Export for export, without obvious business benefits, can only be temporary – in order to learn how to pave the way to foreign markets …
– Yes. And with us, this export continued until 2011, when our patience snapped. And snatched it completely and completely impudent behavior – even the language does not turn to say – partners. The Germans suggested that we produce table-chairs with their shield material: they say, it will be more profitable both for you and for us. Agreed. But the wood was sent useless, with which you can’t make not only a product of European level, but also a “garage” one. They called their representative to make sure that we are not in vain complaining. “In order not to stop production, replace the defective shield with yours, and we will pay extra for this,” they suggested. Well, it’s reasonable. And when it came to surcharge, – no, they say, we don’t know anything. That is, once again they brazenly took advantage of our gullibility, our expectations for a faithful partnership.
They fought with us and penalties not in partnership. Once in a thousandth batch of chairs we found three pieces with damaged packaging and somewhere a little scratched – this happens time during long-distance transportation and overload. The whole batch was recalled from retail chains, forced to come to us to repack, and considerable penalties were imposed. Here they are, foreign customers.
Now we have Scandinavians in our customers. There are no complaints so far. Perhaps they are more loyal in principle, and we are no longer reeling: we already know for sure – what, where, how much.