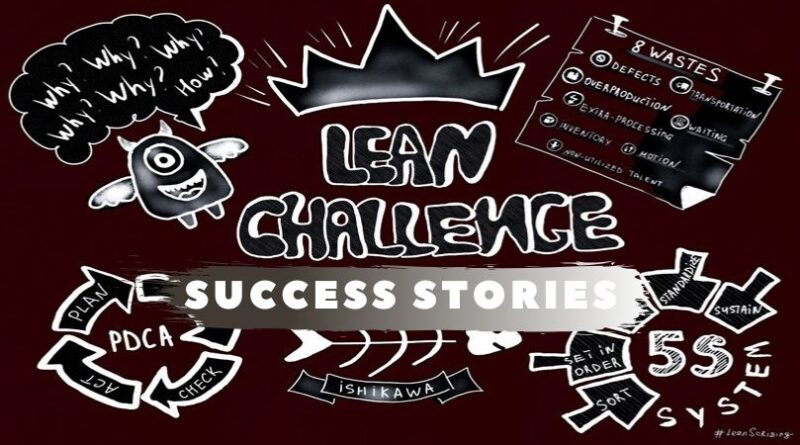 Svetlana Gaydaychuk is known in the furniture environment not only as a co-owner of the Vavilon Company, as an activist of the furniture community, united in the Ukrainian Association of Furniture Manufacturers (she is also a member of the board, and the head of the Platform for developing ties and opportunities), but also as an active supporter and ideologist of lean production is philosophy of lean manufacturing continuous improvement. However, not only production, but also all human activity.

In this publication, we talk about her social project LEAN Challenge, the purpose of which is to help business owners, especially furniture company managers, grow (form) lean drivers, lean leaders are convinced, skilled, proactive and creative conductors of a constant philosophy improvement, capable of practical implementation of lean-transformations in their production.

The social project Lean Challenge is based on the principle of competition. At the initial, pilot stage, eight participants, six of which are furniture companies, formed four groups that will have to go through eight stages over the course of about ten months, mastering both theoretically and in a practical sense, lean and transformation techniques from simple, local job improvements in complex company-wide management processes. When the first group of participants masters the program of the first stage, it moves to the second stage, and for the passage of the first stage a new group of companies will be recruited, interested in introducing lean production. And so on with a boat moving forward of the start group and its followers gives a start at the first stage to a new group of participants.

– And how, on what principles was the first team formed?

– In my Facebook messenger, a closed group of like-minded people has long been formed, with whom we exchanged everything related to lean production. When the idea of ​​Lean Challenge matured as a large-scale social project, I came up with a proposal to take part in it primarily to them. And so the first group of competitors was formed of eight participants, in which my Vavilon Company was also.

Before giving the go-ahead to the applicant for participation in the project, I asked those who wanted to send a kind of video presentation of their need for lean-transformations, that is what they expect from participating in the project and, of course, from mastering lean tools and from their further use. Those participants whose types of lean-needs to a certain extent coincided, and were paired into four groups, which I “marked” with four colors. For example, in the same group, the paired companies Klebiber of Ukraine and Your Style Plus, because they are aimed at implementing lean transformations in offices and partly in warehouses. By the way, most of the participants are companies that are members of UAM: Klebiberit-Ukraine, Archi Wood, Cherkasy Your style plus and Roka, Odessa Decido, Kamenetz-Podolsk Krona and my Vavilon Company.

– Are you daily in this process?

– Of course! Private telegrams are created in telegram applications. One of the heads of participating companies, with whom I work separately. I communicate almost daily with their subordinates, who formed four teams, respectively, and four more chats. Every day I collect information in the team chats about the improvement they have implemented and transfer it to the managers’ chat so that they can see which of the participants who implemented lean implementations and how many, and understand what picture they have compared to their colleagues. I give an assessment of what has been done (the economic effect will be from the implemented improvements), analyze the problem points, give advice on how to avoid others, if they make such changes at home.

There is also the LEAN Facebook Challenge page available to everyone. There I introduce everyone in the topic how the project is implemented, to popularize it, as well as the most interesting and significant introductions made by the project participants.

– The transition period. The first start-up team is ready to enter the second stage, which I will launch, just about leaving the decree and forming a new team for the first stage.

– Is there something unexpected for you that manifested itself in the process of the project?

– Have you clearly decided on the lean-theme of all eight stages of the project?

– With relatives for sure, more distant ones will be formed taking into account the effectiveness of the previous ones. I can say for sure that in the second stage we will work with the eight most common types of losses that companies suffer in their activities.

– “Lean Challenge” emerges as a truly large-scale project, if eight to ten teams will compete at each of the eight stages. This is you, Svetlana, as a moderator of the project, its actual leader will be under a huge load. So far, at the first stage, you worked with only eight teams, and then daily contacts with participants took a lot of time and, apparently, strength. By the way, did you undertake this project on an altruistic basis, or is participation in the project paid?

– With the first, pilot group of participating companies that believed me and were the first to enter this author’s project, to work for free, and in the future, participants will have to pay for the integrated development of lean tools and the practice of their application. 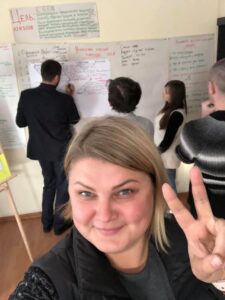 It would not be superfluous to add to all the above that the Lean Challenge project, which Svetlana Gaydaychuk undertook to implement, is fully responsible for the sphere of issues that confront her, as the head of the UAM platform for developing ties and opportunities. Moreover, the majority of participants already involved in the project are companies that are members of the Ukrainian Association of Furniture Manufacturers.