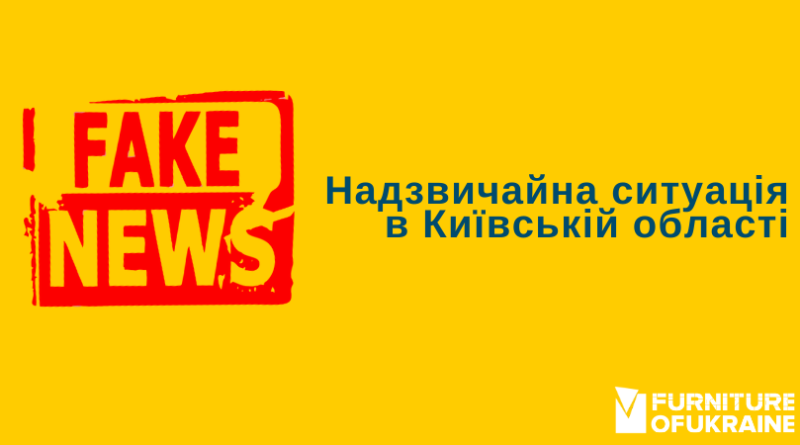 Currently, publications on the introduction of a state of emergency in Kyiv, Zhytomyr and Chernivtsi regions are being distributed in the media space. Together with the lawyers of Goncharuk & Partners JB and LEGITEAM Law Agency, the Ukrainian Association of Furniture Manufacturers sought an answer to the question whether it was a fake.

Introduction of an emergency situation in Kyiv, Zhytomyr and Chernivtsi regions

The announcements state that the decision of the Cabinet of Ministers on March 17 introduced an emergency regime in Chernivtsi and Zhytomyr regions. March 18, 2020 – in Kyiv.

Some business representatives believe that the introduction of an emergency situation is a chance not to fulfil their contractual obligations, including the payment of rent, repayment of credit debt, the timely shipment of products and other obligations.

Emergency situation and state of emergency

“The fact that there is no clear definition of the term“ emergency ”in the legislation of Ukraine, there is only an order to determine the levels of certain natural or man-made emergencies. It should be noted that a separate concept is “state of emergency”, the introduction of which is regulated by a separate law and it is put into effect only by Presidential Decree – in this case, it is not a state of emergency. Determination or establishment of a state of emergency is generally within the competence of the SES, not the Regional Council. Therefore, it is difficult to comment at this time on the basis of which the Regional Council has taken a decision that is not directly within its competence under the legislation. In addition, the text of the relevant document is currently missing. Thus, these circumstances are subject to additional determination and analysis after receiving the text of the relevant decision ”– comments Oleg Dorofeev, lawyer, partner of Legiteam

“An emergency is, in fact, an increased readiness of all agencies and services to eliminate an event. – comments Mikhail Goncharuk, lawyer, managing partner of Honcharuk & Partners JSC. – In this case, such an event is a coronavirus. Therefore, to say that the state of emergency introduced in Ukraine has no reason. In fact, during an emergency, the readiness of all services and bodies to alert the public, establish appropriate units, headquarters to eliminate such an emergency, evacuate people in case of need, etc., is enhanced. In fact, their decision on the territory of the Kiev region recorded that there is an emergency that needs to be eliminated in full readiness mode. “

Issues of introduction and implementation of emergency measures are regulated by the Code of Civil Protection of the Population of Ukraine. According to this code, “emergency – a situation in a separate territory or entity on its or water body, characterized by a violation of normal living conditions caused by a catastrophe, accident, fire, natural disaster, epidemic, epidemic, epidemic, epidemic means of destruction or other dangerous events that has caused (may) cause a threat to the life or health of the population, a large number of casualties and casualties, significant material damage, and OJ inability to people living in that territory or facility proceedings on her economic activity. “

Some of the powers of local governments in the field of civil protection can be distinguished:

2) ensuring the implementation of the requirements of man-made and fire safety on the entities belonging to their sphere of management, which can create a real threat of an accident;

3) management of the emergency services created by them, formation and specialized services of civil protection, local and voluntary fire protection, ensuring their activity and exercising control over the readiness for the intended purpose;

4) ensuring the notification and informing of the population about the threat and emergencies, including in accessible form for the visually impaired and hearing impaired;

6) control over the state of the environment, sanitary and epidemic situation;

7) development and implementation of measures aimed at ensuring the sustainable functioning of economic entities in the special period, which belong to the sphere of their management;

8) early accumulation and maintenance of permanent readiness of the means of individual protection of the population living in the predicted zones of chemical pollution and surveillance zones of the subjects of management of radiation hazard of I and II categories, and the formation of civil protection, as well as instruments of dosimetric and chemical control.

With regard to economic entities in emergency situations:

The introduction of an emergency regime requires management entities, depending on the number of employees, to set up either a civil protection unit or to appoint an appropriate official to be responsible for civil protection of workers. The authority of such persons or units will include informing employees of the emergency situation, conducting appropriate training, briefings, and the like.

Please do not succumb to public panic and check information! The UAFM team works remotely as usual and will gladly answer your questions. We wish everyone good health!