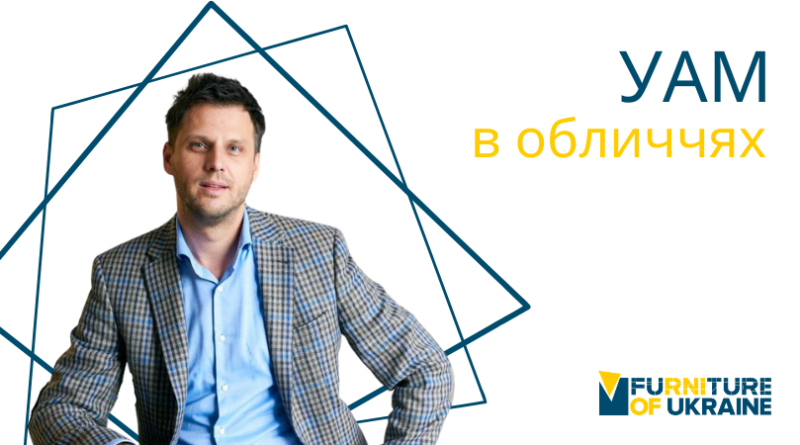 “It all started when I needed kitchen furniture. Since he had a carpenter’s education, he decided to make them himself. He had a clear idea of ​​what kind of kitchen he would like. He made a detail of the project and went to the furniture company to buy materials and order a slab cut.

A few days later, he took his father’s trailer and brought this pile of incomprehensible, at first glance, various sizes of plate scraps home. Of the tools, I had a drill, a screwdriver, a level and a drill. I was so interested in this “LEGO for adults” that I assembled the furniture design without much effort and complexity. But my kitchen did not fit into a niche designed for her. I still had to work hard: cut and grind the parts by hand, at home. After the last touch – the installation of the handles – I felt incredible pleasure: I did it! Impressed, I looked at the kitchen on paper and compared it to the real thing – it was “wow”! He was in seventh heaven, bragging to all his friends, neighbours and acquaintances.

Afterwards, I made myself a large closet, a desk and even a TV stand. It turned out to be difficult to perform: 20 mm glass, aluminium pipes and stitching of three chipboards of different thickness. And I won again! I was more and more impressed by my designs, I felt like an artist after a painting.

He collected all the furniture for his parents – the kitchen, the wall in the bedroom, a set of furniture for the living room. And he was just as scrupulous about the quality, he did everything as for himself. And there the neighbours – one, the second third – turned, acquaintances – and that’s it! I was completely immersed in furniture. He designed, visualized, met with customers, selected materials, purchased, brought, assembled and installed. And then the first assistant appeared. And then amateur furniture took shape in the company. The team was replenished with a designer and visualizer. “, – This is how the owner of ArtDen Denis Budyansky describes his path to furniture emotionally, almost artistically.

It should be added that at one time his father also made some furniture on his own, and his son, a schoolboy, helped him with that. Already as a child, he liked working with wood. Therefore, acquiring the profession of a carpenter for him was not accidental. It was no coincidence that his self-made chair at the school according to the program of practical classes was recognized as exemplary by the master, which once again proved that woodworking is his vocation. Although he has a legal education, which he needed as an entrepreneur, the owner of the company.

Significant in Denis’s furniture biography is her Riga page, which was written as follows. His wife, a flight attendant, made a lucrative offer in Latvia, and the couple moved there. Of course, the man could not sit there idle. He joined a company similar to his own, which continued to operate in Kyiv under the leadership of reliable assistants. And when his wife got pregnant and stopped flying, they returned to Kyiv. Budyansky also left his mark in Latvia by establishing a representative office of his own company there.

One year of hard work as an employee was not humiliating for Denis. He led serious, responsible projects. He learned a lot in a country that is a buffer between Russia and Western Europe, which operates according to European standards, and enriched himself with new ideas. Therefore, upon his return from Riga, he made significant adjustments to the work of his company, to its values. Her furniture credo is now: “Perfection in details”. “We treat every piece of furniture with reverence, process it to the smallest detail, and always find the perfect combination of functionality and design,” says Denis.

– The company is able to produce at a high level almost all types of cabinet furniture. It turned out to be not enough that they took up such a field of activity as construction?

– Home furnishing is an integral part of most construction and interior projects. At one time, we felt that we had the potential not only to provide this component in other people’s projects but also to furnish our own, so-called “turnkey”. I must admit that at the heart of this potential is my current director, Oleksiy Yalovy, who has worked in the construction industry for twenty years. And when fate brought us together, it became obvious that it would be a sin not to take advantage of what he knows and can – his professional skills, vast experience in managing the construction of large-scale facilities, – continues Denis.

Denis Budyansky has four children, the older ones are already schoolchildren, so it is probably too early to say whether they will continue their father’s business or whether ArtDen will eventually become a family business. But they still asked him if he would like that.

– The senior, it is already visible, isn’t inclined to what I am engaged. But there is hope for the two middle ones. Were in production, keenly interested in all processes of furniture production. It is noticeable that one is more interested in production, and the other – office work. Of course, if their orientation does not change, my wife and I will not read again, so that they form a furniture dynasty and get high from work, as I get high from the work I do, – concludes Denis.