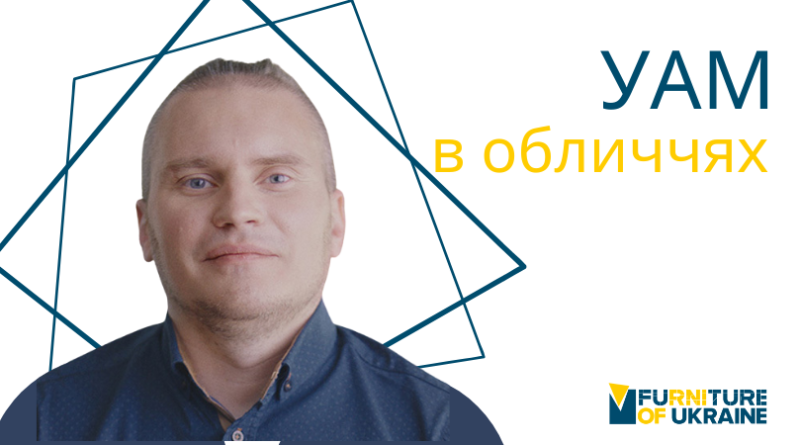 UAFM in the Faces: Interview with Igor Soshnikov, Owner and CEO of TG Consulting

Membership for the future

Ten years ago, the presence of an IT company in the Ukrainian Association of Furniture Manufacturers would have been strange, but not now – the computerization of production and management processes has become an urgent need of the time. However, those complex computerization projects, which are developed and implemented by the capital’s company “TG Consulting” (and it will be a story about it), are still isolated in the domestic furniture industry.

Nevertheless, said the current owner and head of the company Igor Soshnikov, “TG Consulting” considered it necessary even in such circumstances to penetrate into the furniture environment to become their own there. With a view to the prospect of necessarily intensifying the needs of furniture companies in its services.

– For now, we are constantly monitoring the market and expect when the country’s furniture industry will “build muscle” even more and when the inevitability of the fourth industrial revolution (Industry 4.0), which is already knocking on our door, will become not only our furniture but also the majority one of them will be the introduction of its standards. We are not only ready for this, but we already have several comprehensive projects implemented in Ukraine. Elio Ukraine furniture company was one of the first to succeed in large-scale computerization, and several large door manufacturers followed suit, – says Mr Igor.

– Do you mean the well-known program of automation of management and accounting “1C: Enterprise”?

– Not only. We offer projects based on the German software product SAP Business One, which is much more perfect. In those projects that we have already implemented in furniture companies, we linked management automation to both designing SAD-systems and slab cutting programs.

The implementation of the SAP Business One platform provides significant benefits primarily to fast-growing, innovative, export-oriented companies that build distribution or representative networks, as well as companies with foreign investment or those that plan to attract them.

By opting for SAP Business One, the company gets an “employee” who will work 24/7 all year round. Reduce the level of the “human factor” and reduce labour costs by 30-40%, ensure the consolidation of reporting, form it in minutes, not days; will provide real data on the company’s profitability, will allow forming a transparent and clear budget, will help reduce costs through full budgetary control

No less helpful will be another platform offered by us, including furniture, BAS ERP, which is an innovative solution for building complex information management systems for multidisciplinary enterprises with technically complex production. Developed taking into account the best practices of automation of large and medium-sized businesses and takes into account the specifics of accounting in Ukraine. For example, introduced by us in Seva Group LLC, which specializes in manufactured doors under the TrioDveri brand, it allowed us to close the month in two days, fully control the warehouse, inventory goods at the beginning and end of the month, accurately calculate the cost of production. With its help it became possible to transparently determine the cost of material semi-finished products, the creation of waybills at each stage of production, keeping records of each employee per shift.

There will come a time when such management automation will be comprehensive, but already now there is a significant need for it, especially large production structures, where the so-called manual control, accounting on paper become inefficient, inhibiting the company’s progress. In fact, modern middle-class companies are increasingly feeling the need.

– What will be the main factor that will force entrepreneurs to automate their production?

– I will not say the main thing, but it will be significant that in Ukraine labour, as has long been the case in developed countries, will no longer be cheap. Then there will be no entrepreneurs for whom it is better to involve six employees in a packing operation than to buy one packing machine.

– Your company also practices lease relations with clients. How much is the demand for renting computer equipment in Ukraine now, for example, servers, which is perhaps the most common?

– Nowadays, small companies resort to such leasing to a greater extent, as it is difficult to invest significant funds for the purchase of expensive equipment at once. Large, monetary companies mostly buy it, preferring to have their own than borrowed.