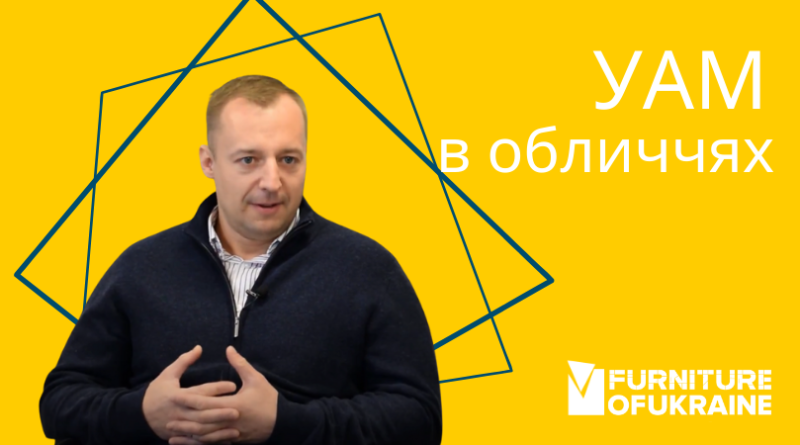 Alexander Romanchugov has been attracted to wood since school years as a unique material and what can be made of it, so even then he clearly chose the profession of carpenter. And he got it in one of the Donetsk schools of the corresponding profile. The young specialist showed an attitude to work in such a way that the owner of the company in which he got a job quickly realized that the young man not only knows his business well but is also full of ambition. Especially when he stated that he would like to head the construction shop where he worked as a carpenter. At first, he refused, surprised by such impudence, and there he agreed. And did not miscalculate. A young and hard-working carpenter, inspired by trust, delving into everything from choosing materials and making drawings to handing over finished products or objects to customers, he managed the business so that a few years later the shop became a factory and he became its director.

But, as often happens, there was a conflict of interest, or rather – a different vision of the company’s development strategy, fair and priority use of funds, and Romanchugov decided to resign. Especially since he felt the potential to start his own business.

– But it is strange in this decision that you, as a beginning entrepreneur, did not create a carpentry production, which would be quite logical, but a company that was engaged in finishing materials and technologies, which you are still doing…

– In fact, the logic was that, and I’ll talk about it now.

While still managing the carpentry industry, he paid considerable attention to the finishing of carpentry and finishing materials used for that purpose. And because with their help, it is known from what it is possible to make “candy”, and also because of poor-quality paints or inability to use them correctly, it is possible to defile a good thing. In short, they had a lot of problems with the equipment, tried almost everything that was then on the market. Problems often arose due to the lack of a systematic, comprehensive approach in this case: the soil was from one manufacturer, paint – from another, varnish – from a third, sometimes they “conflicted” with each other. The coating was taken with a film that tightened like shale, then peeled, then dried poorly, then stains under the action of light radically changed colour.

Once, in search of a way out of another deadlock, I contacted a representative of the Italian company ICAgroup, and the cover materials he offered came to the rescue. They began to use them more often, developed a systematic approach to their use, gradually mastered the finishing technology, and after some time began to trade them themselves because others who had finishing problems began to turn to us: they say, why do you have everything openwork, and we have problems?

So, when I decided to organize my own company and decided that my carpentry experience and excellent finishing materials “ICA group” in combination can give the opportunity to create a company that will not just sell quality paints and varnishes, adhesives, sanding and polishing materials, equipment for their application, but also, as a socially responsible company, to provide expert services to woodworkers, with advanced finishing technologies that would give carpenters and furniture makers the opportunity to create additional value for their products.

The war in Donbas dealt a heavy blow to my company as well. Having lost almost everything, except experience and desire not to give up, in Dnipro in 2015 it was necessary to create on the basis of local representation the company similar to lost in Donetsk, called “Dnipro Color” which successfully functions today, being the official distributor of the same Italian manufacturer of high-quality finishing materials – the company “ICAgroup” and having a number of regional offices. Our advantages: the most exact colouring of enamels in Ukraine, selection and production of color under the order, we always have the largest choice of finishing special effects.

– The company, more precisely – the whole concern “ICAgroup” – a very reputable manufacturer of LFM, without exaggeration, a world leader. Wasn’t it difficult to get the honour of becoming his Ukrainian representative?

– Moreover, ICAgroup representatives searched for me after we disappeared from Donetsk. The fact is that we in Donetsk, as a sub-distributor of ” ICAgroup “,  made a good impression on the Italians who once visited us. Among the companies that sold LFM of this brand in Ukraine, there were only two that did it at a decent organizational and marketing level, having their own warehouse, showroom, a small laboratory, sales department. This was remembered and later mentioned, so they offered to come to Italy for talks. And there I saw what a scale it is, what a giant, with what opportunities and technologies it offers me cooperation, ready to share all its achievements. Of course, I agreed.

Except for one case, we had no direct contact with the Italian manufacturer, because we received products indirectly from its Polish distributor as, as I mentioned, a sub-distributor. But our intermediary, frankly, mostly did not care about the finishing problems of customers, did not delve into the technical nuances of the use of materials sold. It was important for him to sell more and earn more. And when our – already Dnieper – company received from “ICAgroup” the rights of the exclusive distributor, at once felt not only change of the status but also all advantages from direct contact with the producer. As a sub-distributor, we, not yet have sufficient experience and knowledge in the field of finishing materials, could not get them from the Italian manufacturer, so we had some difficulties and technological subtleties of working with the new LFM “ICAgroup” to understand by trial and error. And when they became the exclusive distributor, the situation changed radically. From five years of distribution, without exaggeration, I ended up spending a year in Italy, at ICAgroup’s plants, learning what I didn’t know or didn’t fully know, going into detail about everything about its products and their applications. And now at any time, even in quarantine conditions, when there is a practical problem or difficulty, I get in the car and go there with the appropriate permits. And there, figuratively speaking, I hold the specialists of the manufacturer by the throat until they offer me a solution to a finishing problem that has arisen in my company or in one of my clients. This approach to the case, to the needs and requests of customers and allowed the company “Dnipro Color” to have in the customer base of leaders of the Ukrainian furniture industry, the greats of domestic furniture, including “Rodos”, “Elio Ukraine”, “Maestro” and many others.

– In the company, you combine two positions: the head and the chief technologist. Lack of qualified staff?

– There are enough high-class specialists in the company. In particular, technologists. And why am I also the chief technologist? Yes, because he always tried to fully immerse himself in the processes taking place in the company. When he managed carpentry production – he has, now – in finishing processes and technologies. Constantly being in the process – it means constantly learning, improving, enriched with experience, why there is no end, to be aware of innovations, trends, trends in the business in which you do. Especially when you are self-taught, taught by practice, mistakes and habits.

This is my ubiquitous nature and gives me the opportunity to know not only my company, but also everything it does, but also the company’s companies: their problems, their potential, their plans, their needs – of course, primarily related to the equipment their products. And so I know what can be helpful to offer them, based on their production and financial realities. In turn, this only strengthens our business relationships, which sometimes grow from customer to partnership.

– You position your current company as a young team of ambitious people. What is your ambition?

– An expert unit in the field of finishing materials and technologies for us is an innovative division of the company “ICA group”. We strive to achieve the same level of competence in the development of our company, which will allow us to be even more necessary and helpful for our customers, to organize training and exchange of experience for painters and technologists at an even higher level than we do now. Another of our ambitious aspirations is to start the production of Italian finishing materials in Ukraine in the future.

– How do you assess the current state of the Ukrainian LFM market?

– I do not appreciate it. I see the desire to benefit from cheaper finishing materials, import on the basis of “private label”, and not to offer customers solutions that would guarantee their products value-added. And so that they benefit from it, and not from the opportunity to buy cheap LFM. Because it kills the market. It seems that Ukrainian carpenters and furniture makers have forgotten how to get added value, and my colleagues do not encourage them to do so with their products, technologies and finishing innovations.

Our company is the most expensive in its product category, and we are not going to lower the price bar so as not to discredit the products we offer. We will continue to build our business relationships with customers so that they understand and make sure that paying more for quality finishing materials is normal because they will save them from problems – financial, image – that can create cheap low-quality coatings.