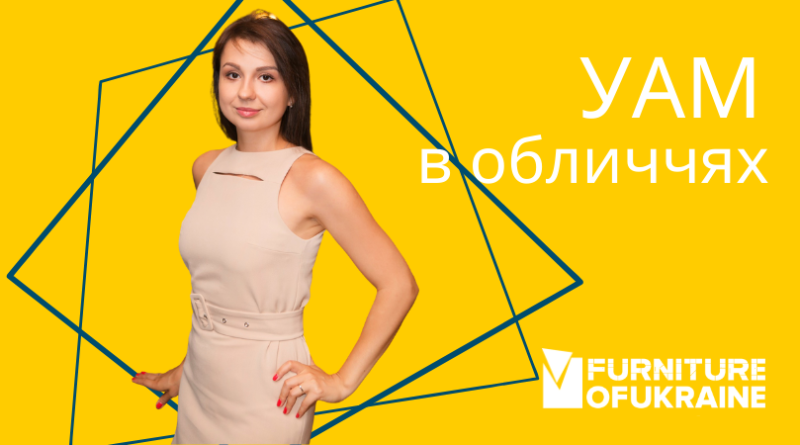 And narrow specialization is the key to success.

Tatiana Nikolaenko’s father is a farmer. When she got a job as a manager at the Shevchenko University in the capital, he wanted to direct her knowledge to the agrarian business – to become an assistant. But the daughter felt that she had a different purpose in life. However, I did not think or guess that I would become a furniture maker.

In a practical sense, to begin to master the acquired speciality began with dealer sales of sofas of one Lviv company. And quite successfully. Starting in shi almost “from scratch”, Tatiana and her colleagues managed to bring the Lviv supplier to the leaders in sales of sofas in the capital region in three years. But Tatiana was no longer satisfied with such success.

“I am an ambitious person who strives to reach new heights in life, so for further self- realization, I found it not enough to trade in other people’s furniture. I decided to sell my own, creating my own furniture production.”

She started it almost from scratch, with minimum start-up capital to hire three or four workers and buy a couple of the most necessary machines. On what she knew well, she aimed at the newly created company “Woodsoft ” – for the production of bedroom furniture. But not sofas, but beds.

“Analysis of the then state of the domestic market has made it clear that in Ukraine there are virtually no specialized companies that would produce only beds in the original design in the middle price segment. Quite simple options were offered, and more interesting models were imported. That’s how my market niche was found. “

And a couple of years later, when it became clear that the young furniture company was successful, firmly established in the domestic market, and now, when implementing strategic plans for further development, it does not seek furniture universalization, making sure that this narrow specialization was chosen when creating «Woodsoft», will continue to be key to its success.

The furniture union of the novice designer, in which the novice furniture maker believed, turned out to be successful and successful. Already the first models of beds created by the company testified that the company has its own furniture style, and the market reacted positively to it. Those first, the initial model is still in the range of, though, of course, also experienced some design and improvement of inspection in on the current market demands.

Company « Woodsoft » – one of the few lucky Kyiv’s companies in the industry, which in terms coronavirus limitations not only not reduced sales but also boosted them. And this is because Tatiana is convinced, 95 percent of the company’s sales are made online and through interior designers, with whom it works closely. But not only. And also thanks to the respectful – so to speak – attitude to customers.

“We do not forget anyone who preferred our beds. And in a few years, we will call them to find out if they have any complaints to the manufacturer, to hear from them wishes about possible improvements to existing models or the creation of new ones. Honestly, I’m getting more rather than material satisfaction of growing profits in the spine of as moral – what successfully fulfilled that founded as a company which has good prospects that have the desire, strength and opportunities to implement them, with joy making each new bed model, from the fact that we were able to supplement the domestic industry with the direction of furniture, which she really lacked, from the fact that people like our products, that they are grateful to us, that some make repeat purchases from us or advise others to do them”.

Growing sales and export breakthrough plans next year are forcing the company to increase production capacity in an environment where some colleagues have to reduce them. By the end of this year, Woodsoft will put into operation a new shop.

Tatiana does not hide that it was the preparation for export sales that accelerated the company’s accession to the Ukrainian Association of Furniture Manufacturers. The fact that effective assistance to its members in the development of foreign markets is among the priorities of UAFM, is well known outside the industry. Every company needs such assistance, and it is especially valuable for novice exporters. But other efforts of the Association focused both on the development of companies and furniture industry as a whole, is also interested in the company Tatiana Mykolayenko: the possibility of mastering the techniques and methods of lean production, including by adopting the successful experience of colleagues and mastering modern tools of sales and tender opportunities. Many furniture makers are currently suffering from a shortage of skilled woodworkers in the domestic labour market. And Tatiana is worried about the staff shortage in the industry, especially given the rapid expansion of production. Like her colleagues, she would like this problem, which is becoming more acute for furniture makers, to become one of the priority tasks for UAFM, which should find corporate opportunities, if not solve it, then at least mitigate it.

– The segment of “upholstered furniture” in which your company specializes, is now developing primarily in the direction of achieving greater comfort of beds. Particularly by them, so to speak, electrification, equipping surf vanity lamps, rosettes ks, charge their devices and other gadgets as well as electric drive their transformation mechanisms, including remote control. All this simultaneously expands the functionality of the beds. Are you also moving in that direction?

“It would be unwise and short-sighted to avoid such tendencies, which are also relevant for furniture in general, that is why we are also in this topic. We do not offer specific models of such advanced beds to the market today, but their design and engineering development are already at the final stage.  It is likely that their prime ministers can be expected this fall”.