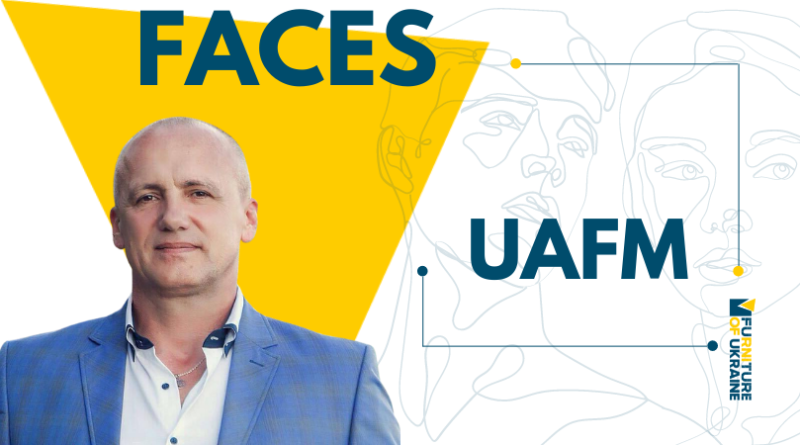 Sister companies, but not twins

We are talking about the Volyn furniture company and the company “Gerbor”. More precisely, more about “VMK-Ukraine”, but the other will still be present in our story, because, if you translate into family relations, then, “Gerbor – holding” – as a furniture family, in which, as stated in the title, two companies are really like sisters, because they have common “parents” -founders. But, as Igor Yanoschuk, the deputy director for foreign economic activity, emphasized in an introductory conversation, these companies are still not “twin sisters”, because each has its own “face” and manages itself. The fact that both furniture factories operate not only in one region but also, one might say, in the neighbourhood, testifies to the features of kinship.

VMK-Ukraine LLC is a modern enterprise that is dynamically developing, specializing in the production of cabinet furniture – high quality, functional, ergonomic, in modern design and in a wide range of colours. And this is due to the fact that the company’s development strategy is to introduce the latest technologies in furniture production, the use of high-precision and high-performance automated equipment, which is evidence that domestic furniture in its best examples is not inferior to the current level of foreign, has great potential for development and at the same time favourably differs in the reasonable price of the production.

If we delve into the history of the creation of “VMK-Ukraine” (and it is almost twenty years old), we will find in it, as in the sister “Gerbor”, Polish roots. Both originate from the Polish group of companies “BRW”, which was the first to include the company “Gerbor”, and together in 2002 “BRW” and “Gerbor” started in Novovolynsk, hoping to take advantage of the free economic zone, which was then formed here. , a new furniture factory, which became another foreign division of the Polish holding.

For a long time – until September last year – “VMK-Ukraine” was in, so to speak, Polish “citizenship”, until it resorted to rebranding and began to operate independently. This decision was mutual: the Ukrainian co-founder wanted such a separation, the Polish side was not against it either, because the Volyn furniture company had already become so individualized, so-called, had grown muscles, that it had become a serious competitor to the parent company. , as Igor Yurievich put it), so all that remained was to formalize its self-sufficiency for mutual benefit. And this is despite the fact that the main of the two co-owners of the company is a Pole. Over the years, the company has grown into a major domestic furniture exporter, selling products in 30 foreign countries.

Moving away from the Polish BRW, VMK-Ukraine has maintained close “family” relations with Gerbor Holding not only because they have joint co-owners. They have the same management and production processes. A common product catalogue, although each company has its own range of furniture. Despite the fact that now they are two independent legal entities, but they also have a common business interest, so they operate on the basis of mutual benefit and mutual support. They have a common, for example, hardware. The partnership with the Polish BRW did not end either. Some materials and accessories are bought from Novovolynsk furniture.

And in export deliveries at both Novovolynsk companies full interaction. If a joint cargo is formed – a truck or a sea container – and Gerbora’s products predominate in it, this company takes care of such delivery. And vice versa.

– Aren’t the sister factories duplicating each other, is there a division by types, functionality of the furniture they create?

– There is no such clear division, but as for the model range, each, as already mentioned, really has its own. Although the principles of furniture design are common. If Gerbor practices the modularity of furniture systems for bedrooms or living rooms, which is a competitive advantage of its furniture, then VMK-Ukraine actively uses this approach. For users of our furniture it is really convenient and profitable: selecting the necessary modules from a basic complete set of furniture systems and combining them in various ways, the buyer has an opportunity to create in the room individually selected furniture by them.

The participation of sister companies in furniture exhibitions is always common. The first international B2B exhibition “FUBE-2021”, which recently ended in Kyiv, was no exception. Gerbor and VMK-Ukraine formed one of the largest exhibitions there.

– Didn’t the company lose by taking such large-scale participation in the new exhibition, in the success of which the organizers were not one hundred percent sure of the last one?

– No, we didn’t lose: participation in this exhibition turned out to be surprisingly successful for us. We were convinced that this new exhibition project for our country will be a success at the stage of its preparation when we were looking for interesting and promising foreign buyers for us when the first introductory contact with them took place. Communication with some already at the preparatory stage proved to be fruitful for us: long before the exhibition, which is known to have been postponed twice due to quarantine restrictions, we have already reached contractual agreements with several new clients. Their representatives visited our productions, made sure of their level, expressed satisfaction with what they saw, so all that was left at the exhibition was to sign the agreements. Therefore, in this way, three contractual agreements were concluded with companies from the UAE, Bulgaria and France. In general, our managers who worked at the exhibition had dozens of negotiations with foreign guests, had contacts who have yet to grow into new trade contracts, – Mr Igor concludes the story.