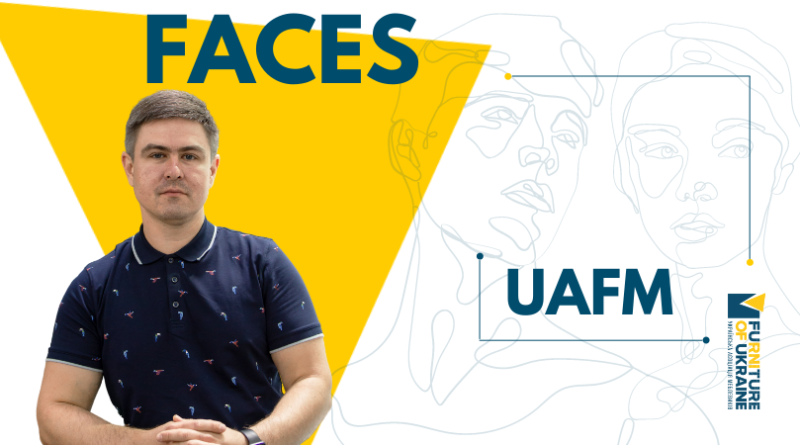 They sought to get rid of furniture standardization

ESTECO has successfully implemented more than three hundred significant complex commercial projects over ten years of furniture business (2022 is an anniversary in its history). One of the most recent – modern furnishing of the office of the pharmaceutical company “Darnytsia” – became a participant in the ongoing competition “Furniture of the Year“, held by the Ukrainian Association of Furniture Manufacturers.

Furniture became the basis of the family business for Ivan and Tatiana even before they started producing it, creating the company “ESTECO”. First, Ivan entered the furniture market, working as a salesman in the Ukrainian representative office of a Lithuanian furniture company. Subsequently, the couple had the opportunity to enter the domestic furniture retail with their own trading company “COMFORTZONE“, which is still active and also sells imported furniture.

– When supplying and selling imported furniture, we often had cases when customers were not satisfied with their standardization: they needed individualized solutions to their needs, – argues Ivan Savula coming to his own furniture industry. – And it became obvious that we will be able to satisfy such non-standard inquiries, or addressing for furniture production services to some furniture companies, or own production capacities. They chose the latter and started their own furniture production while remaining an active player in the domestic furniture market as a supplier and seller of imported furniture.

From the very beginning, ESTECO has been focused on what is still the basis of its production activities: the implementation of complex furniture projects in the B2B market segment. From the production of custom-made office furniture, we gradually moved to the furnishing of hotel premises, gyms and other commercial facilities.

Having already implemented hundreds of individualized furniture and interior projects, they came to understand that it is necessary to produce standardized furniture, ie serial furniture. To expand its market offerings beyond its B2B segment. Establishing such production will undoubtedly be an important stage in the company’s development. To do this, we signed an agreement with a famous Ukrainian designer, whose creative potential we know well because we have implemented more than one commercial project with her. She will develop for us a line of serial furniture in the middle or middle plus price range.

– That is, the company does not have its own full-time designers?

– We never needed it. We have always positioned the company as a technical contractor with the “ESTECO” trademark of the author’s projects of designers who were our clients. Such cooperation has always suited both sides – and we have already been in partnership with dozens of very famous and no less famous Ukrainian designers and architects.

– Your Internet activity, in particular the content page on Facebook, which is regularly filled with information about the company’s achievements, makes it clear that you are not limited to B2B projects. I do not mind furnishing living spaces.

– There are also such design orders. If they are not only profitable for us but also interested in a creative and technological sense, then we undertake them. It enriches us with experience, expands our production horizons. But we do not specifically look for such projects, focusing on what is more familiar to us, what we have more experience.

– Let’s return to the competition project. What made him special to you?

– The company’s task was to create a comfortable space for work and the rest of the 220 office workers. For this purpose, work areas, offices and meeting rooms were equipped with comfortable and functional furniture. Changing rooms are equipped with cabinets for storing personal belongings to best meet the needs of each employee. Thus, the employees of FC Darnytsia received 3,600 square meters of modern office space, where comfort and efficiency are at an equally high level.

No office worker spends eight hours sitting at a desk. Therefore, it is important that all areas are equipped for comfortable work, including standing. This applies to both the dining area and the seating area. It is important that each table has outlets and a place to put the laptop. This will allow you to choose where the employee will be more comfortable and efficient to work. And we have completely satisfied such modern requirements of the customer to the organization of working space.

– Well, it remains to be wished that your competition project was properly evaluated, and if it turns out to be a winner, it will be your significant achievement in the anniversary year.
– Thanks.