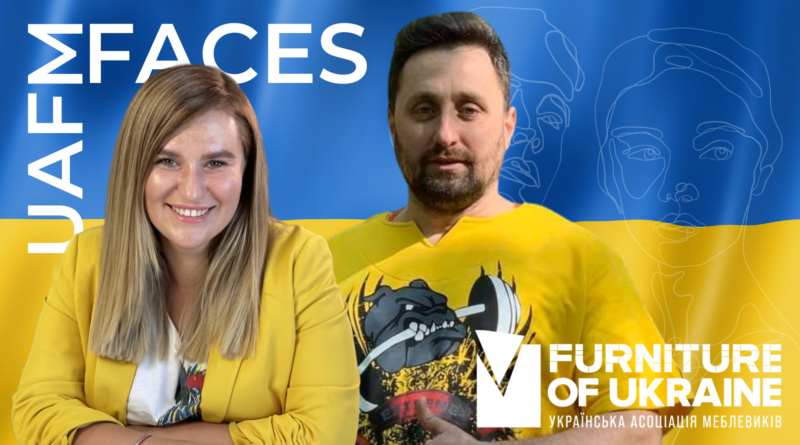 The war accelerated the release of new products

If you want to visit the ViANT website, you will not miss the screensaver with a special commercial offer that appeared here around the end of March, when the company was preparing to resume furniture production at its facilities in Bila Tserkva after the industrial collapse of the first months of the war. In late May, it succeeded. The essence of the proposal: the furniture factory “ViANT” seeks to stay away from the trouble that caused many Ukrainians to flee their homes during this difficult time for the country, so it can produce furniture for refugee and displaced person accommodation centres cost.

According to the co-owner of the company Anton Pervachenko, such a proposal has found a response, and the first orders for budget beds in acceptable amounts for the company have already begun to be fulfilled. In fact, the advertisement on the site did not work as well as the managerial efforts of the management in search of clients for such, one might say, charitable to some extent initiative of Bila Tserkva furniture makers. Although they appealed to the local authorities to help implement the furniture offer, the Chamber of Commerce and Industry. Unfortunately, they did not receive assistance, so they had to do everything themselves: restructure the production for new products for the company, and look for customers for it. However, says Anton, the directorate of the Ukrainian Association of Furniture Manufacturers did not turn out to be unfounded in this sense.

– Production was resumed – this means that they called the full-time employees who had been sent on forced leave since the end of February to find out who already was. They also consulted with clients to whom they still had pre-war obligations. We have started furniture work with not a full staff, expanding it as new proposals arrive. Today, about a third of the pre-war number of employees is employed.

The factory is reoriented to the production of serial furniture (previously specialized in individual projects).

– Due to the need for such a rapid reorientation of production, there are no problems with the necessary materials, and components, with the design and development of new models of serial furniture?

– There are no significant problems because significant preparations for the transition to the production of serial furniture were carried out before the war. But the constantly high workload of current orders did not allow us to approach the reform of production closely, although models of serial furniture have already been developed and even included in the product catalogue. And so the war forced us to switch to serial production, not postponing it for a week.

As for furniture materials and components, there is no shortage of them: at the beginning of the year, not even guessing in what situation in a month the country and the company, in particular, we had enough supplies of everything you need to work. Now domestic board manufacturers are indeed reporting their production problems, but warehouses – at least for their local dealers – are filled with boards.

Regarding personnel. Some administrative staff are still abroad, but such staff can perform their duties remotely. Some producers are mobilized, but we keep their jobs. While there is no urgent need for a full staff, the lack of mobilisation is not currently felt. We had to close our sales office in the capital, moving it to a factory in Bila Tserkva. Especially since the wife, who just knows in the company’s sales, now with a child abroad.

Here we will make a digression from Anton’s story to briefly inform about the history of the company. “ViAnt” is a family furniture business of the Pervachenko couple, which is reflected in the name of the company – Valentina and Anton. At first, it often happened that they only sold wholesale furniture, but later they came to the conclusion that it is more profitable to sell furniture created by themselves, and in 2007 to start furniture production, which was a significant step in the family business.

– The production of beds for refugees and their supply to customers at cost is probably not the only thing the company could help the country in times of national disaster?

– We donated a number of bedroom furniture for the needs of the local defence. And suddenly the scotch tape we use at the factory turned out to be in demand. It is yellow in our country, in the colour of the identification bandages on the sleeves of our soldiers, so all local self-defence “went in our tape.”

– Even before the war, your company articulated export aspirations. Didn’t the war force you to abandon them or postpone them until peacetime?

– No, the transition to the production of standardized furniture is conducive to such plans. We want to complete this transition by the fall, because we have to update almost everything, starting with the relevant documentation, the formation of price parameters and so on. Moreover, it is necessary to acquire new furniture for export conditions, because we intend to sell them abroad.