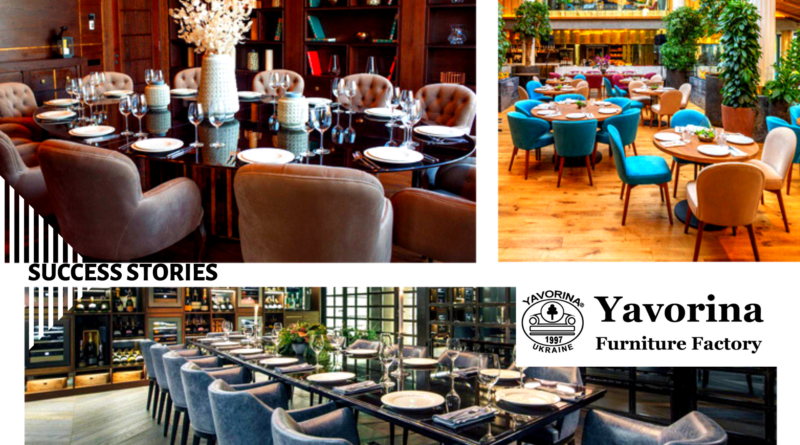 Europe is more attractive than America

Capital company Мебельная фабрика Яворина – Киев – Kiev does not hold experience in export activities. She confidently mastered the German market even in the pre-crisis times of the beginning of the 2000s, but the global economic crisis was forced to start from the beginning.
“That first entry into the German market was prepared for a rather long time,” recalls Elena Balinskaya, the head of the company. – We went to exhibitions, looked closely, the Germans were in demand with furniture, “tried on” their products to that demand. We also resorted to a more thorough analysis of the German market, ordering consulting services to local specialists. And the efforts were crowned with success: our soft serial economy-class furniture began to be sold there. Including the efforts of a rather enterprising German partner, who was an intermediary between us and the trading networks of Germany. And yet his enterprise was not enough to withstand the economic crisis that swept Europe. And then the German market was temporarily lost.
But they did not give up. They were active participants in domestic furniture exhibitions, and they can be said to have helped us re-enter the German market. And not only Germany. Contact points including with the Dutch.
This time, the German partners were more picky about our products: they came to production, selected what they liked. The company sent samples of their chosen furniture to Germany for trial sales, and only when they showed a satisfactory sales result for the Germans were contracts signed.

– And this time they preferred the mass market?
– No, now we deliver top-class furniture there, they are used mainly for the needs of HoReCa. Mostly for specific orders.
Actually, for the Ukrainian market they began to produce furniture better than they did at the beginning of the 2000s, the highest price segment. Firstly, to compete in the mass market with hundreds of manufacturers is neither interesting, nor marginal, and secondly, Ukrainians have already begun to focus on Western standards, so they buy more good-quality items, rather than cheap ones.

– When the company headed for foreign sales, did you have to create a department of foreign economic activity?
– When this business is just getting better, there is no need for the department as a whole. In general, in the company of the middle hand, it is enough when one qualified and motivated employee will deal with this business.

– I know that the products of your company are also present in the distant American market. This fact made us especially interested in the fact that most of the export-oriented companies we spoke with representatives still have plans to get there.
– I will not say that the US market gave us at the cost of incredible efforts. But I will say that we are not so enthusiastic about it, because all the same, the factors of distance, long (count, more than a month) water transportation are factors of constant risk. We send our standard products there with containers. In each box with chairs (namely, American retailers buy them from us), so that they can safely reach the American coast, especially in winter, you also have to contain a moisture absorbing agent. And it is the packaging for such transportation that should be special.
When the first container was sent on a long, long voyage with the first time we used absorbent guards against the harmful effects of moisture on our chairs, we were very worried, the cargo would go safe and sound to the customer. Now, sending already an nth container, we also realize that all the same risks remain.

– You said that you supply furniture to the Americans in our standardization. Did you have any problems with this?
– At first, our partner really wanted us to change some dimensional parameters of the chairs, first of all, increase the width of the seat: they say it will be more American. But subsequently refused it: our standard sizes appeared to the Americans just in moderation. But as for production technologies, quality, the Americans turned out to be very demanding – they checked our production meticulously for more than a week, looking, so to speak, into every gap. That is, they were not satisfied with the quality of the finished product itself, they wanted to know everything to the smallest detail both about wood and finishing materials, and about the equipment that works for us – really about everything.

– What markets will be your priorities in the future?
– First of all, European. American, of course, attractive, but very far away, that is, I repeat, a factor of various kinds of risks. Therefore, uncomfortable. Therefore, we will not, so to speak, continue to discover the American continent for ourselves.
“At gunpoint” we also keep the market of Israel.
We place considerable hopes in terms of expanding export opportunities at the new spring B2B exhibition, which will be in the new suburban exhibition complex and which is already quite attractively advertised.

– And Asian? Many of your UAFM colleagues see them as primarily promising for themselves.
– And here we are – no. In those markets, massive and quite powerful own furniture and furniture industry. In addition, our products are expensive for those Asian countries where large and at first glance attractive furniture markets.