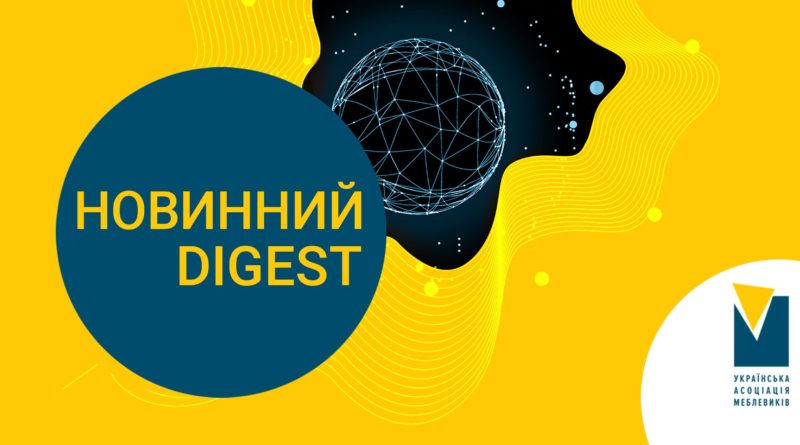 1. The National Bank has sharply reduced the discount rate, it can contribute to a credit boom, fuel consumption and investment, and, consequently, activates the entire economy. Already 17,000 entrepreneurs have applied to receive from the government up to 1,500,000. UAH. under 5, 7 or 9%. The prime minister’s team plans to inject 30 billion UAH into this program over five years. Its goal is to create 90,000 new jobs, as well as accelerate economic development in sectors where rapid growth is possible.

3. The Verkhovna Rada adopted as a basis bill No. 2166, which proposes to exempt persons who conduct independent professional activities from paying a single social contribution. It is also proposed to abolish ERUs for FLPs who are already retired. The authors of the bill argue that the norm requiring a single social contribution in the absence of income is discriminatory.

4. The company, whose founders are representatives of the PRC, is rolling out a plywood factory in the industrial zone of Olaine (Latvia).
It is planned that the construction of the plant will be completed in the IV quarter of this year, after which the process of installation and commissioning of equipment will begin. It is estimated that only 40 people will work at the plant. Chinese businessmen plan to purchase raw materials for plywood production in the Latvian market.
It is expected that at the first stage the enterprise will produce about 5,000 cubic meters of plywood per month. The entire volume of products will be intended for the factories of the parent companies in China.

5. The new development of the company «Panasonic» – the concept of the TV, which looks like a regular mirror or glass panel or furniture facade.
This is a 65-inch transparent LED panel. In the off state – an ordinary glass facade (door). When turned on, it starts broadcasting movies, photos, news in high quality. The Panasonic company provides ample opportunities for this development, since the panel can be used not only in the “smart home”, but also for commercial purposes – as demonstration equipment for shops, showrooms and the like.