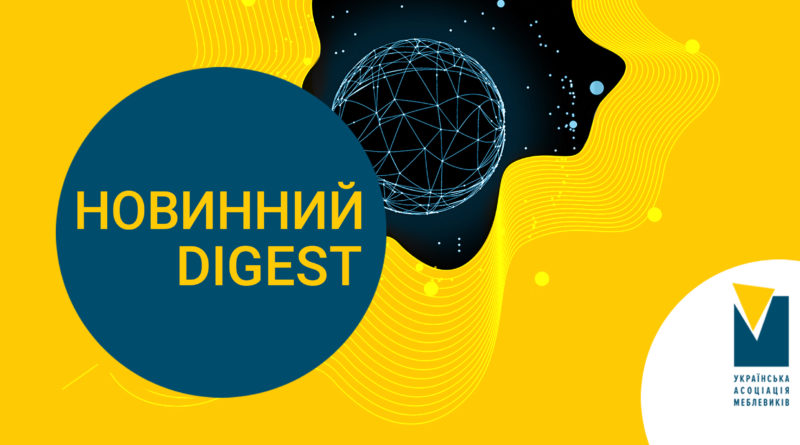 1. The Cabinet of Ministers plans to reduce taxes and reduce the cost of maintaining the state apparatus. This was stated by Prime Minister Alexei Goncharuk at the presentation of the draft budget for 2020. “We want to spend every penny of the taxpayer as efficiently as possible. This government does not intend to raise taxes in order to increase revenues, this is the wrong way, ”he stressed. The prime minister expressed confidence that “taxes should be gradually reduced, but equal for everyone, since it is wrong when taxes are high and a small part of the business pays them – this is very unfair, we definitely have to move away from this.

2. Former president of the Ford Motor Company Lee Iacocca believes that people sometimes bite off more than they can chew.
It is not necessary to accept every rationalization proposal. But if you do not exclaim “Very well thought out!” And do not pat the author of the idea on the back, he will never offer anything. This kind of reaction shows a person that he means something.
All team management ultimately comes down to stimulating the activity of other people.
If the task is for the company to move forward, the main thing is to motivate employees.

3. PrivatBank and Visa payment system announced the launch in Ukraine of FacePay24 biometric payment technology for retail outlets. The chairman of the board of PrivatBank Petr Krumkhanzl noted that the launch of such a service, which was considered a fantasy a few years ago, was made possible through the integration of modern payment methods Visa, Amazon Web Services technology with the updated platform of the Privat24 mobile bank.
To use the service, you need to install the updated Privat24 application on your smartphone and activate FacePay24 payment. Further, at the prompts, you need to take three Selfies from different angles with a Visa bank card. After that, you can pay for purchases by looking at a special tablet camera near the cashier, the press service said.

4. Recently, the Domosfera shopping center presented the Classic of the Future exhibition at the Taras Shevchenko National Museum. It presents 12 provocative artistic images, which, using interior design objects, show the modern directions of society’s movement – aesthetics, responsible consumption and production.
Both religious objects and ordinary things that we use every day, but we don’t even think that they are works of design — a teapot, a parasol, a sofa, a floor lamp, a bathtub — were chosen to create images.
The paintings are divided into four themes: “Another Planet”, “Parallel World”, “Virtual Reality” and “Future”. The exposition is also complemented by legendary objects from the most famous world designers, including the Egg Arne Jacobsen chair, the Lounge chair & ottoman set of the spouses Charles and Ray Eames, the Bacchantes vase Rene Lalique, and the floor lamp from the Beat light collection of Tom Dixon. These and other objects presented in the paintings are in permanent exhibitions of museums and galleries of modern art in New York, London, Paris, Stockholm, Copenhagen.

5. At the LIGNA exhibition, the Weinig machine-tool concern showed the operation of an integrated production line, the example of which demonstrated all the experience gained by him in creating added value in the field of processing solid wood. A number of requests have been received from first-class customers who deal with glued laminated wood with cross layering.
Within the framework of this industry forum, the Weinig group focused on trends that are characteristic not only for today, but also for tomorrow, as well as for the distant future. The main topics were digitalization, automation and network structures.