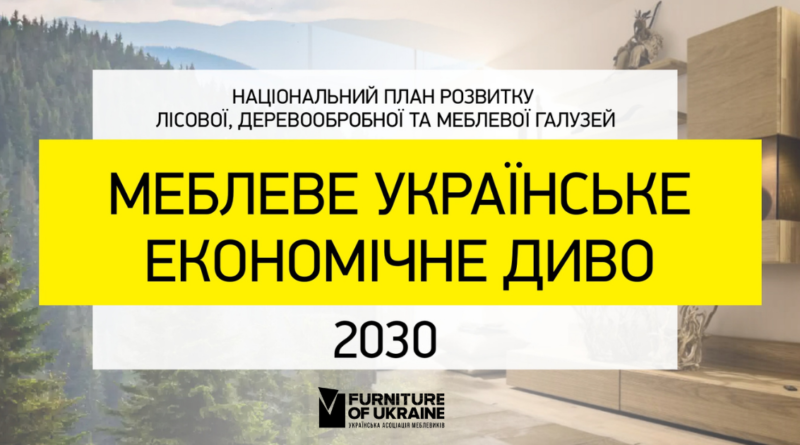 On December 20, 2021, the National Agency “UNIAN” hosted a press conference on “Furniture Ukrainian economic miracle-2030 – how to make Ukraine competitive in Europe.” 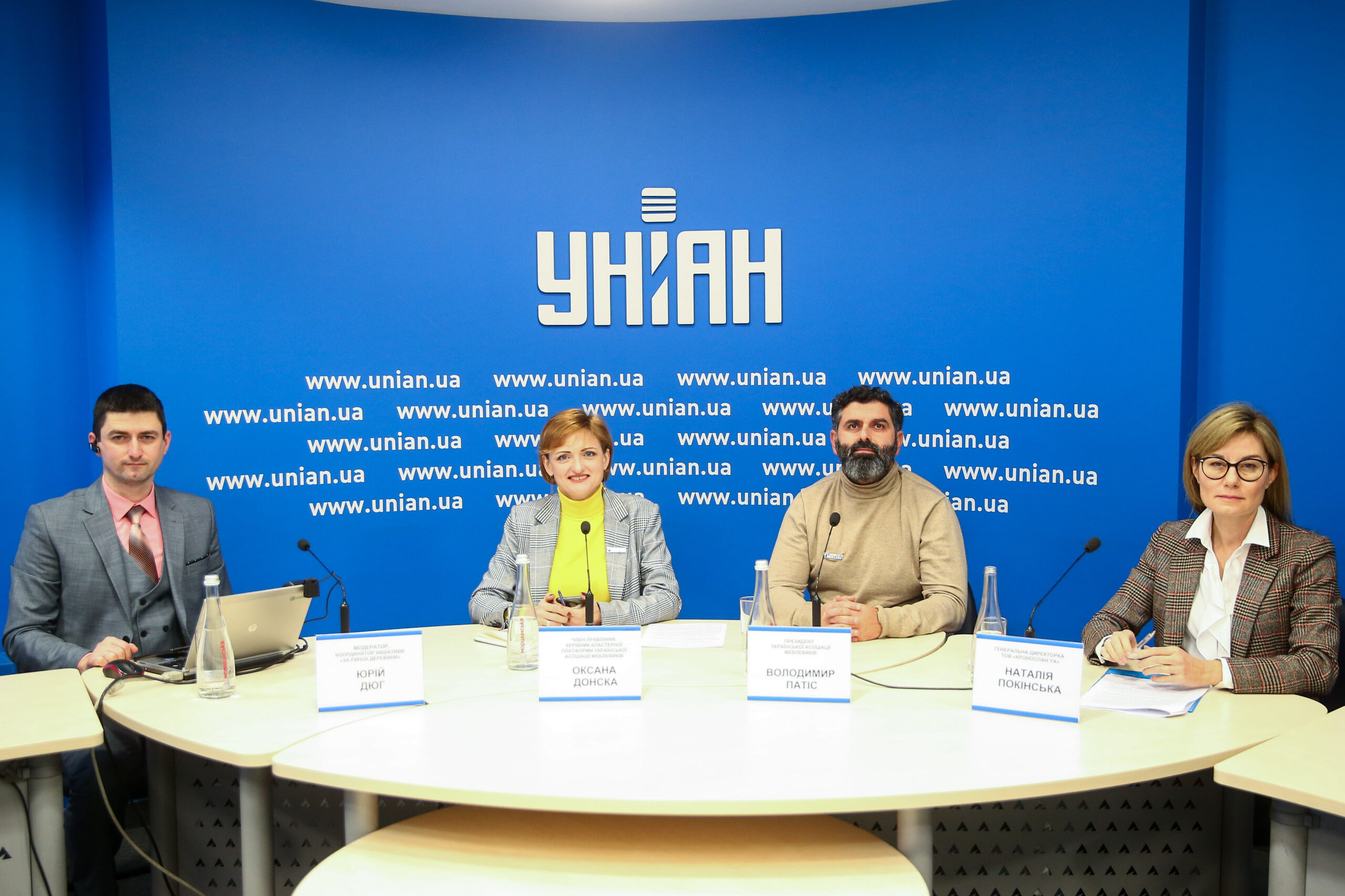 Speakers of the event were Volodymyr Patis, President of the UAFM, and Oksana Donska, Member of the Association’s Board and Head of its Cluster Platform, Natalia Pokinska, General Director of Kronospan UA, Yuriy Dug, Coordinator of the For the Wood Market Initiative, and People’s Video Oleksandr Kovalchuk, Deputy of Ukraine, Deputy Chairman of the Parliamentary Committee on Finance, Tax and Customs Policy, Bohdan Tsupryk, Chairman of the Committee on Woodworking and Furniture Industries of the European Business Association and Director of Svispan Limited, Dmytro Yanushevskyi, Head of the INVESTINRIVNE Investment Attraction Agency.

The title of the topic of the press conference is at the same time the essence of the concept of economic development, which is developed jointly by representatives of the business community, relevant associations, the expert community, MPs. This press conference was timed to the presentation of its basic principles. 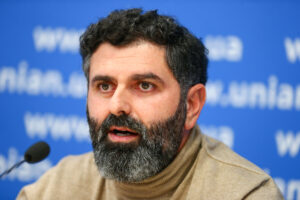 Volodymyr Patis, who was the first to speak, said that the Ukrainian furniture industry is one of the few domestic industries that demonstrates its competitiveness in all world markets, steadily increasing its export potential. Further, and even more rapid development of the Ukrainian furniture industry is important not only for the economy but also for the social development of the country. The furniture industry is an industry that enables start-up entrepreneurs to start a business with rather modest capital and grow quite quickly, increasing production volumes and creating new high-paying jobs. Increasing the export potential of the industry contributes to its systematization, reduction of shadow schemes.

Of course, for its further dynamic development, the furniture industry needs support from the state. In particular, in providing raw materials to the industry, which carries out its deep processing, creating products with a significant level of added value. 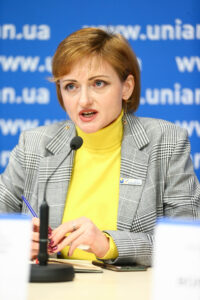 Oksana Donska backed up what the UAFM president said with digital figures. In the eleven months of this year, the Ukrainian furniture industry has already exported furniture worth almost a billion dollars. This is a record figure compared to previous years, more specifically: it is 43 percent more than in 2020. But compared to neighbouring Poland, Ms Oksana said, our export billion is 14 times less than the export performance of their furniture industry, which is a model for us to strive for. And such ambitious aspirations exist in the Ukrainian furniture community and in the Ukrainian Association of Furniture Manufacturers, which represents and defends its interests.

Some important steps have already been taken by UAFM, in particular in the field of exports.

For example, it was possible to include the furniture industry, which is recognized as a self-sufficient industry, in the country’s Export Strategy, which, among other things, provided the opportunity for furniture makers to participate in government trade missions, which they have repeatedly used.

What else is needed to implement such plans and what does the proposed concept provide?

● First, a transparent market for raw materials, which, unfortunately, we do not have yet.

● Secondly, the locomotive that will make the industry one of the leaders should be clustering in the industry, mutually beneficial association of furniture market participants on the basis of industrial parks. We already have one such successfully implemented cluster project. The Ukrainian Association of Furniture Manufacturers, being essentially a cluster at the national level, was able to organize and effectively hold the first B2B exhibition Furniture of Ukraine Business Expo this year. It was visited by professional buyers from 34 countries. One in two Ukrainian participants has already signed new contracts for the export of their products a few months after the end of the exhibition.

● The third driving factor that will contribute to the “furniture miracle 2030” – a tripartite effort of business, education for the government to prepare for the industry a sufficient number of highly qualified professionals, human resources.

With such assistance, the Ukrainian furniture industry will be able to:

● to become a furniture manufacturer №1 in Europe,

● enter the TOP-10 furniture exporters in the world,

That is, to really demonstrate a real economic miracle.

Bohdan Tsupryk, detailing what the previous speakers said, stressed the need for legislative creation in the country of a transparent, balanced timber market, the bill has already passed the first reading in parliament. He analyzed the advantages of this bill, as well as pointed out some of its shortcomings that need to be addressed before the second reading.

Natalia Pokinska, of course, focused her speech on the needs of manufacturers of board materials in terms of the presented concept. And the first such need was the need to conduct in the next year in the state FSC-certification of 100% of Ukrainian forests of all forms of ownership. Without this, there will be no sustainable development for either tilers or furniture makers who use their products. It is already problematic today to increase the export of finished products without the use of certified raw materials. The director also touched upon the cluster topic, assuring that Kronospan UA is ready to start clusters together with furniture manufacturers in the regions of its presence.

Oleksandr Kovalchuk, a People’s Deputy, did not miss important topics of reforming the wood market with the new law and furniture clustering. In particular, he said: “Two years ago, I set a goal to attract more than a billion euros in investment and create about 10,000 jobs with competitive salaries by 2030, and that some of this has already been implemented.” Conceived and done by the people’s deputy is and will be a direct contribution to the strategy of “Honey”, as he abbreviated “furniture economic miracle”. And he assured that furniture makers can always count on him as their agent of transformation in the furniture industry. And his direct participation in writing the bill on the timber market is another confirmation of that.

Dmytro Yanushevsky found it necessary to highlight another important aspect of the development of the furniture industry, in particular in the export sense: its logistics. And here are the annual recurrence of difficulties, which mainly concern the international road transport of goods, and more specifically – the licensing restrictions on such transport, which resort to our western neighbours. Quotas for transport permits, usually at the end of the year, destabilize Ukrainian exporters, halting or reducing production, disrupting their proper performance of contracts with foreign customers. According to Mr Dmytro, Ukraine has several levers of this problem at the state level in Brussels. Arbitration levers among them.

Summing up the exchange of views that took place during the hour-long conversation, the participants unanimously assured that in Ukraine in general and in the furniture industry in particular there is a real basis for the ambitious goal to create a Ukrainian economic furniture miracle by 2030.